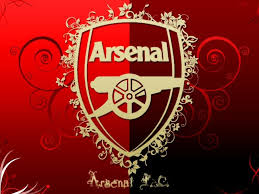 Last week Arsenal played against Norwich City, a match that ended in a draw and a match that will soon be forgotten by Arsenal fans. However, this unattractive match as marked by the injury of Sanchez. Apparently he got a hamstring injury. There is still chance that he will play in the Champions league decider, but additional tests and checks will confirm or deny that. Generally speaking, it takes between 3 and 4 weeks for a player to recover from such injury.

Gary O’Neil from Norwich City missed the ball and kicked Cazorla in his right knee. Cazorla continued to play in the second half, but it was obvious that something was not right. Although doctors can’t say for sure whether this is a serious injury or not, there is a great chance that he will miss the match in Athens this week. This is a huge problem for Arsenal because Cazorla is one of the creators and managers of their play.

What is even worse, Arsenal will not only have to win in Athens, but they also need to win by at least two goals margin in case they want to progress to the next stage. They will meet Sunderland before this crucial match in a Premier League match. Arsenal has not won in their last three matches.

The good news is that their centre-back from France Laurent Koscielny, who was also substituted because of a minor injury on their match against Norwich City, will be fit for the Champions league match against Olympiakos.

The fact that Arsenal will most likely have to play without Sanchez and Cazorla makes very difficult for Wenger to set an attacking formation because these two are the foundation of their attacking line. Of course, Theo Walcott will probably be able to help his teammates on 9 December because he is almost fit. There is a chance that he will play this weekend against Sunderland.

Another player who has recovered from a leg injury is Aaron Ramsey who was part of the squad against Norwich City. He played for about 70 minutes and was replaced by Alex Oxlade-Chamberlain another player that was out due to injury.

Danny Welbeck and Jack Wilshere were not so lucky and they are still absent from the first team because of injuries and the situations are the same for Francis Coquelin and Tomas Rosicky. Once the match in Greece is finished, Arsenal has another very important match against Aston Villa. On 21 December, they will play against Manchester City and visit Southampton on Boxing Day.

Arsene Wenger has proven to be a great manager and Arsenal has a strong squad that can certainly win in Athens even without a few standard players.