Movies and TV shows on HBO Now this October 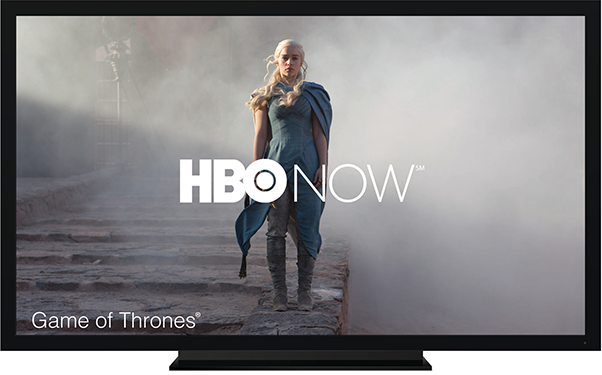 HBO Must Watch Shows for October

There is a reason why HBO manages to stay among the best TV networks in the USA for decades – they are following the latest trends and implement these trends. HBO Now is one of the most popular streaming platforms today although it is relatively new compared to Hulu or Netflix for example. All you need is a monthly subscription that costs around $15 and you are good to go. Of course, this is true only if you live in the USA. Those who want to watch HBO Now outside USA will need to use a good VPN service provider like zoogvpn. We provide high-quality VPN service at the best prices.

As you probably know, HBO Now is changing its programming each month and it is good to know what we can expect this October because September is almost over.

HBO fans will probably be most interested in their new original programming. As we have mentioned in one of our previous posts, one of the most anticipated premieres this October will be the premiere of the second season of the Leftovers – a popular sci-fi, mystery and drama TV show.

October is the month when we can watch another less popular, but equally interesting TV show called Doll & Em. This is actually the second season of this sitcom in which an English actress decides to try her luck in Hollywood. In her quest to become a famous actress she gets all the necessary support from her best friend Dolly who is also her assistant.

How to Dance in Ohio is the name of a documentary movie produced by HBO that will be aired for the first time this October. It follows a story about a group of teens and young adults who are suffering from autism in their preparation for a dance at a local nightclub. This documentary is created to raise the awareness of this modern and widespread disease. How to Dance in Ohio has won 2 awards and had three nominations.

If you have used HBO Now before, then you probably know that they have a special block of movies that are streamed on Saturday night. The first Saturday of October on HBO Now is reserved for American Sniper. This is Oscar-winning action/drama portrays the life of Navy SEAL sniper Chris Kyle whose skills has protected dozens of US soldiers in Afghanistan and Iraq. This is a biography movie and although most viewers have heard about this story it is still equally interesting to watch the movie about it. It was directed by Clint Eastwood and Bradley Cooper is in the role of the main character.

Will Smith fans will surely enjoy October 10th on HBO Now because they will get the chance to watch one of his latest movies – Focus. This is not a typical Will Smith movie and critics agree that even in a non-typical role, Will Smith can still provide excellent performance. This time he a seasoned con man with an ability to create limitless amount of con schemes. However, when a new attractive lady enters his world, it seems that he forgets about all of his skills and falls in love.

Taken was one of the movies that made Liam Neeson so popular. This October we can watch Taken 3. Once again, agent Mills needs to save his daughter in a foreign country and he is prepared to do anything to get his child back. In addition, viewers can watch Bad Words, The Purge: Anarchy and The Pyramid as part of the Saturday Night Movies offer.

In addition, there will be more than a dozen of family movies too. One of the most notable ones is Alvin and the Chimpunks. In case you’ve missed this legendary movie you can watch it starting from 1st October. Happy Feet, Mrs. Doubtfire, Shrek and The Kid are some other classics that parents and children can watch this October on HBO Now.

How to watch HBO Now outside USA?

ZoogVPN is definitely the best option in case you want to watch HBO Now outside USA. We have secure servers that will help you bypass all restrictions and keep you anonymous.