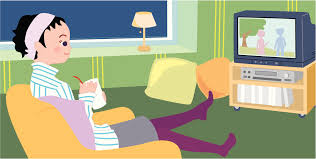 Even though this 2016, February comes with one extra day, this is still the shortest month of the year. However, this doesn’t mean that February lacks next TV shows and when we say new we mean brand new series and premieres of new seasons of existing TV shows. It seems that every major online streaming service in the US will present at least one new TV show and when we take a close look at their genres; we will soon realize that no TV show fan will be left disappointed. What is interesting is that some brand new series are expected to become new hits, but we will have to wait and see about that. Here are a few things you will want to watch on TV outside US.

An introduction to the new show premiers in February

We will begin with a really thrilling TV show based on a true story. Starting from February 3rd, people can watch the brand new FX show called The People vs. OJ Simpson as part of the American Crime Story series. The basic goal of this series is to highlight some of the most famous criminals and trials in the history of United States. This is actually the second episode which focuses on the case of OJ Simpson. It turns out that this case even after a decade still causes a lot of controversies and divided opinions about the innocence (or guilt) of OJ Simpson. The show will be available on FX and FXNOW.

February 14th is the date when HBO will air one of the most anticipated TV shows of 2016 – Vinyl. In the last couple of years, music recording industry has grabbed the attention of screenwriters and movie/show producers and it look like the public loves to take a peak in this multi-billion dollar industry. Even though the TV show is focused on the 70s, viewers will still be surprised by the cruelty and greed of some actors in this industry. The story is centered on Richie Finestra a rising New York City music executive. The main character is played by Bobby Cannavale, actor known for his roles in Ant-Man, Chef, Win Win and the Bone Collector.

The following day, Hulu subscribers will watch on TV outside US the first episode of the promising Sci-Fi thriller called 11.22.63. The name itself should trigger questions and interest in Sci-Fi fans. The show is describing the life of a time traveler who wants to stop one of the world’s biggest tragedies – the assassination of John Fitzgerald Kennedy. With a unique story and great cast which includes James Franco, Lucy Fry, Josh Duhamel and Chris Cooper, we can certainly expect a lot of excitement.

About one week after Valentine’s Day, or February 19th, to be more precise, Netflix will start airing the new TV series known simply as Love. As the name suggests, the show will offer many romantic moments, but the basic focus is placed on comedy. The authors of this show say that they have created a show that analyzes the relations between partners in modern times, something that we’ve missed in the last decade. Judd Apatow and Lesley Arfin look like the perfect couple for this type of TV show.

Of course, February will bring back some old shows with new episodes like Girls for example. Starting from February 21st, viewers can watch the first episode of the 5th season of Girls. Girls follows the experiences of a group of not-so-ordinary young girls. This is a dramedy that started in 2012 and now we can enjoy the 5th season. The show will be streamed on HBO. HBO will release another interesting show this February – the second season of Togetherness a comedy-drama that shows the lives of two couples that live in the same house. It may look like Friends, but this comedy is completely different.

Finally, on February 26th, Netflix will show another potential hit for this year – Fuller House. The actors may be a little bit older, but the authors promise the same amount of fun.

Want to Know How to watch on TV outside US?

If you are located outside the US, the easiest way to avoid the geo-restrictions is to use a good VPN service provider like zoogvpn. ZoogVPN works in every country and it allows access to any online service that uses geo-filters.