Online Debate of Freedom of Speech – Things to Know 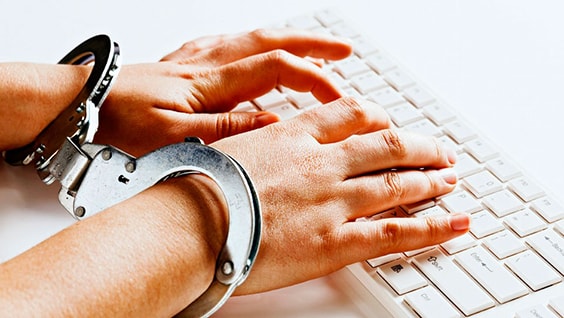 The Internet has spread like wildfire in the past two decades, and you would be hard pressed to find someone who doesn’t have access to the Internet. Whether it is through Smart TVs, game systems, computers, or mobile devices, almost everyone today is part of the World Wide Web. The Internet provides many opportunities for freedom of speech, as the speaker can even remain anonymous. People love communicating with others, watching TV, and getting caught up on the news online.

However, with freedom of speech comes a whole host of problems that have caused a violent debate over what should be allowed to be said on online. For every advantage the Internet offers you, there are going to be images, words, items, and sounds that are offensive to some people. Below you will find some of the pros and cons to censoring freedom of speech on the Internet, to help you decide which side of the fence you fall on.

There are actually a few pros to censoring the Internet, read on for a few of them.

Protecting children from pornography and other adult related things, has been a top priority for many, many years. There are movie sites such as Netflix and Hulu that you can get through zoogvpn that do not have those types of things, however, there are many sites out there that you do not want your child to have access too. It is safe to say that the Internet is full of websites that have obscene, graphic, and completely disgusting things; you do not want your child to see.

One thing that most countries do agree on, is the fact that piracy online needs to stop. The downloading of movies, books, and other material that does not belong to you is illegal and will not be tolerated by any country. Luckily, there is ZoogVPN to help you do things the legal way when it comes to accessing online content.

Spamming is a common problem that has been around since the inception of the Internet. Because spamming is considered to be unique to the Internet itself, there is some serious debate over whether to use censorship laws for this problem. If it can stop the spamming before it goes to for, as it has in many cases, then this debate over online freedom of speech may be won.

Of course, with any type of communications medium, there are as many cons and there are pros. Read on below for a few of the cons of censoring and the general debate over free speech on the World Wide Web.

The Restriction of Freedom

Some consider censorship in any form to be violating basic human rights. There is something to be said for not censoring the Internet, as it does stifle the creativity of people who are trying to express themselves to others. Many people consider this their constitutional right to free speech.

Too Much Control by the Government

The government has a ton of control already and using censorship on the Internet, to some means that they have control of everything, even what you post from your own computer. This also means that removing certain censorship laws that are instated would be very difficult to do. A centralized censorship would be giving a government too much power according to some.

It is Possible to Miss Useful Information

Though censorship will help to protect children and take a lot of the awful stuff circulating on the web out of commission, it is also possible that the public will miss useful information as well. Because this type of censorship nets everything, it is possible that good websites that provide quality and useful information would be banned as well.

Censorship laws actually invent new obstacles for the Internet to overcome. The debate over censorship on the Internet will probably rage on for many years to come. It is said that censorship may force the Internet to go for a higher quality of everything from technology to what it allows to be published.

These are just a few of the pros and cons of censoring freedom of speech on the Internet. The best thing to do is read the pros and cons carefully, and then decide which side of the debate you choose to champion.