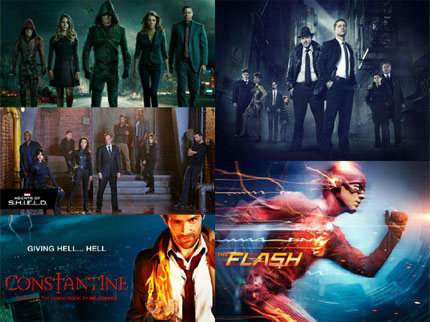 If you are like many people that grew up in the 60s, 70s, 80s, and 90s, you knew the passion of enjoying a new issue of a comic book. As soon as it came out you had to be at the comic book shop so you could enjoy it and talk about it with your friends that day. The thrill of a new line was often even more incredible. Sometimes, you may have been one to spend more of your money on comic books than you did buying treats. Now, you can watch all of those comic books come to life on television. Of course, not all of the comics book shows now on US TV are available to everyone to stream online form around the world. However, you can access these streaming services with the help of zoogvpn, which allows you to access all of your superhero TV shows from outside US.

What Will You Watch?

In the last few years, a number of fantastic comic books have come to life through television shows and movies. Sure, movies may not be all that new in terms of popularity, but higher quality television shows are now allowing many people to relive their childhood superhero thrills on TV. You can access these top comic book shows by unblocking US TV streaming services from outside US with zoogvpn. Here are some must watch options.

Green Arrow is known for its incredible personality traits and bow skills, but the TV version of the character adds even more. The show has received a lot of possible acclaim both because of the quality writing and the excellent acting. The characters are memorable. Though the storylines are not exactly the same as the comic book version, Arrow is definitely worth the watch. You don’t have to be a comic book buff to see the value in this series either. It’s great TV for anyone not just those that read the comics.

This is a newer series and it is still one of the best options out there. The Flash moves fast, faster than the speed of light. He’s able to do a lot more than run, though. In the TV version (as well as in the comics) he works alongside a genius for the good of the community (of course, not everyone is who they say they are, though.) The show has a good storyline and it is not as intense or as dramatic as other superhero shows. In other words, you can feel good watching this one with your tweens.

This isn’t the story of Batman, but the story of city and the unique characters in it during the time Bruce Wayne was growing up. It’s an interesting take on the popular Batman thrillers and it is definitely a great way to learn about the villains that you know and love to hate in the movies. Gotham is mostly accurate to the comic books, though there is a lot of assumed information in it. Do we really know the history of Joker after all? This TV series is more graphic and intense than others, but still worth the watch when you want a thriller.

If you are like many and fell in love with Agent Colson in the Avengers movies, then you will enjoy this storyline. This one follows the other superheroes that make up Shield, not “those” guys but those with lesser known qualities. The storyline is good and keeps you interested, but there is humor and human interest involved. And, it does pull in some of the characters from Avengers from time to time (not to mention following the Avenger movie series!)

The show is based on characters appearing in the comic book series Hellblazer and follows an enigmatic con man. The protagonist has become a reluctant supernatural detective and is thrust into the role of defending the world against dark forces from the great beyond. Fans of the original comic book would relish another chance to see this TV show online at their convenience.

Do any of these bring back memories? If you are after some intense television watching but you’ve missed or do not have access to them on TV, check out zoogvpn. Go ahead. Spend this weekend catching up on all of the top 5 comic book shows that your friends are talking about by accessing them online with zoogvpn. The only hard part in this process is determining which of these shows you will watch first! ZoogVPN gives you access to all of these and numerous others to watch from outside US. There is plenty of content to stream online.