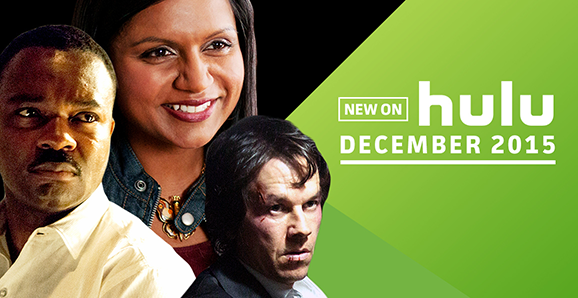 Watching Hulu Outside of US? Don’t Miss these Programs

The holiday season is finally here! This is a period of the year when we tend to socialize more with our friends and relatives, but this is also the period when we have more free time. So, why not use this time to enjoy some incredible movies and TV shows? Hulu is one of the best online streaming services that provide access to hundreds of TV shows and movies. Some of them are new while others are older, but still interesting and attractive. If you are a fan of movies and TV shows then you should definitely use Hulu. If you don’t believe our words, you might believe in Hulu’s programming. For those that watch Hulu outside of US, here is a quick guide.

Although most networks are preparing for the holidays and many of them are presenting reruns before the new season of many shows starts in January or February, Hulu is always up to the task. Their offer is equally attractive (or even more attractive) compared to last December. So, let’s begin this list with the TV shows.

Hunter x Hunter is a real gem among Anime TV shows. This is actually a remake of the popular TV show from the 90s and according to many anime enthusiasts, this one is much better. The story is focused on Gon Freecss, a boy that lives on imaginary Whale Island. One day he discovers that his father is actually alive and he decides to start a journey that will lead him to many interesting and dangerous situations. Hunter x Hunter is a great contribution to the action-adventure anime subgenre. The show will be available starting from December 1.

The Mindy Project is a 30-minute comedy-drama that started in 2012. Although the expectations were not big, it turned out that this show has the ability to create a solid fan base which led to the production of several seasons. This December 8 we will see the mid-season finale. Watch the funny situations in the life and work of Mindy Kaling.

Deutschland 83 is a TV show that was already aired on some platforms, but in case you have not seen it, you should wait for December 18. This is the day when Hulu will release the entire season. Deutschland 83 is a drama and thriller TV show that describes the life in Germany in 1983 in both East and West Germany. So, basically it is a story about the Cold War and this topic seems to be more relevant today than ever.

Fans of reality series will enjoy The Only Way Is Essex. The complete season 16 will be available two days before New Year’s Eve. The reality show follows some seemingly ordinary people from Essex. If you are looking for a more musical reality show you can check The Voice on December 16. The main role in this show is reserved for four poplar musicians who are looking for the best voices in the US. They will also provide mentoring for these talents.

We will start the movie list with one old, but very popular movie known as A Fistful of Dynamite. As the name of this movie from 1971 suggests, viewers will get an opportunity to watch a top notch Western action. James Coburn, Rod Steiger, Romolo Valli and few other popular Western actors will bring back some memories on your screen.

If you are a fan of modern movies, you can watch the Angel’s Share few days later. This is actually a drama with elements of comedy and crime. A group of people are given a second chance in their lives and they are doing their best to use this chance.

Selma is a movie that portrays the efforts of Martin Luther King’s fight for equal voting rights for all American citizens. This is a biographic movie and an excellent drama.

Watching Hulu outside of US

Hulu is available only on the territory of the United States. Those who want to watch Hulu outside of US will have to find a good VPN service provider that will skip the restrictions. ZoogVPN is one of the best VPN providers on the market that can help any individual regardless of their location to watch Hulu and other geo-restricted platforms.