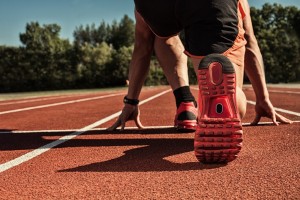 As the name suggests this event is organized and executed by the International Association of Athletics Federation or IAFF. In the beginning this manifestation was held every four years (like the Summer Olympics), but after 1991, the championships take place every second year.

The IAFF used the Olympic Games as an event in which athletes from around the world will have the chance to show their skills. However, when this idea was adopted in the early 20th century, the world didn’t have many athletes. The situation has changed overtime and the number of professional athletes has grown which led to an idea to organize a separate Athletics World Championships. The first one was organized in 1983 in Helsinki, Finland.

Details about the 15th Athletics World Championship in Beijing

Beijing was chosen in a competition between three cities – Beijing, Chorzow and London. Since London dropped out from the race, Chorzow didn’t have much chance against a city that has already hosted one big sporting event like the Olympics.

Although the event will be held on several different locations, most of them will take place on the Beijing National Stadium which has a capacity of 80.000 when it’s opened and 54.000 when the roof is closed. According to the latest news, athletes from more than 50 nations have managed to qualify for this event. There are of course, some athletes that have qualified based on their past results as World Champions, Area Champions and 2014 Diamond league champions.

It is good to point out that 2015 World Championships in athletics qualification standards have changed compared to the ones from 2013. For example, every country can have up to 4 athletes for every event. The only exception is the relays where countries can have a maximum of 6 athletes. Athletes that are participating in some specific sports can qualify until August 10 when the qualification period ends. This period started on October 1, 2014.

As previously mentioned, some athletes have a so-called wild card which grants them automatic qualification. For example the current World Champion in each event is already qualified. The same goes for the so-called Area Champions that come from Europe, Asia, South America, Africa, America and Oceania. Although the IAFF has limited the participation on this event for the best athletes, in case there is no sufficient number of qualified participants they will invite the highest ranking athletes.

Many international stars from all over the world are expected to participate on this event. This is a great opportunity for top athletes to test their current performance ahead of the Olympic Games that will be held next year. That’s why it is not unusual to witness many new world records on this type of event. Experts believe that there will be at least a couple of new world records.

It doesn’t really matter whether you are a big fan of athletics or you just enjoy sports, you are probably aware of the significance of this event. With the help of zoogvpn and BBC iPlayer you will be able to watch all these events regardless of your current location. You can watch every event streamed on this player outside UK on your BBC iPlayer using zoogvpn!