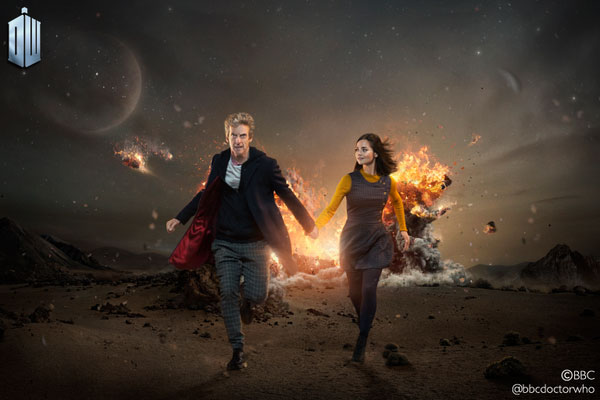 Watch Season 9 of Doctor Who on BBC iPlayer outside UK

Even if you are not a great fan of TV shows, you have probably heard about Doctor Who – a popular British TV show produced by BBC. The 9th season of this science fiction show has started few days ago and the first episode was accepted very well among the fans. They have used BBC iPlayer to watch it and in case you are not in the UK, you should know that this service is not available outside. However, you can still watch Doctor Who Season 9 online outside UK and you don’t need to take some complicated actions to do that. By using a reliable VPN service provider like zoogvpn, all the interesting episodes aired for the first time on BBC iPlayer will become available to you regardless of your physical location.

What is Doctor Who and why should someone watch it?

This SF TV show is aired for more than 50 years on BBC. Truth to be told, this was not an annual TV show at least until 2005, when the latest, modernized version of Doctor Who started. The main character in all versions of Doctor Who is a humanoid alien who has the ability to travel through space and time in his TARDIS spacecraft which looks exactly as a British police phone booth from the 1950s. Of course, it is fully equipped with sophisticated technology inside. The main character always presents himself as a doctor and viewers don’t know his name. Twelve different actors were in the role of Doctor Who so far. In the beginning, Doctor Who was supposed to be a TV show for kids, but this decision was changed once the authors noticed that the adult are equally interested in it. That’s how Doctor Who known for the combination of Sci-fi, humor, action and serious drama has become a TV show for all generations and all types of audience.

The Doctor always has a human companion (male or female) which he uses to get a simple, human perspective on things. It is interesting to mention that some of these companions have become equally popular as the Doctor himself like the enthusiastic journalist Sarah Jane Smith. She was so popular that she got a TV show for herself – The Sarah Jane Adventures.

The Doctor is here to fight a huge number of villains and monsters and there are few enemies that he encounters more frequently. For example, the mutant race called Darek, created by the evil scientist called Davros who want to destroy every living being that is nor Dalek. Cybermen are robots programmed to enslave and turn every person into a robot. Another great enemy of Doctor Who is a being from his own race known as the Master.

Starting from 2005, this TV show has become popular all over the world and has received many awards. It seems that the latest version of Doctor Who is more adequate for the global audience, the actors are professionals and the effects in the TV show are amazing.

What can we expect from Doctor Who season 9?

Those who have seen the first episode of this season claim that the 9th season has the potential to be the best one. One of the things that Doctor Who fans can expect is a large number of new creatures and monsters. In addition, the trailers have suggested that there will be many guest stars too including Reece Shearsmith, Peter Capaldi, Rebecca Front etc. What is even more interesting is that one of the stars of Game of Thrones Maisie Williams will act in few episodes too. Another thing that is worth mentioning is that many talented writers have been part of this season.

How to watch Doctor Who season 9 online outside UK?

As previously mentioned, Doctor Who via BBC iPlayer is available only to British viewers. However, with the help of ZoogVPN this geo-restriction can be skipped. ZoogVPN is a VPN service provider that can mask your IP address with a British one, so you can view every new episode of Doctor Who without any problems. In addition, you can use ZoogVPN to watch any other online content that is exclusively aired for British viewers regardless of your location.