Watch Showtime with Hulu outside US 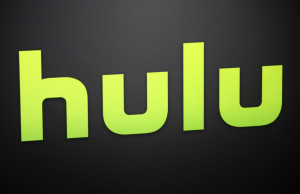 Watch Showtime With Hulu outside US

Showtime, also known as SHO, is one of the best cable and satellite TV networks in the United States. Showtime is owned by Showtime Networks which is part of the CBS Corporation. This network was founded in 1976 and ever since then they are constantly growing and upgrading their programming. According to some statistics, more than 28 million TV households in the United States have access to Showtime. Of course, the management of this famous network is always trying to increase the number of viewers by following the latest trends in the field of television. This is why they have decided to get involved in the online streaming industry. Now, you can watch Showtime with Hulu.

Showtime has recently partnered with Hulu, one of the most popular online streaming and on demand networks. This is a brand new way to get Showtime to your computer or mobile device, but this is not all. Users don’t have to pay for subscription right away because they have the opportunity to use a 30-day trial period for free. This is a great way to check their programming. Once the trial is finished, you can use Showtime for just $8.99 per month which means that for a total of $16.98 per month you will get access to Hulu and Showtime. This famous TV network is actually an add-on on the basic Hulu package. Users can easily get access through their browser.

Viewing Showtime on Hulu Outside the U.S.

Of course, those who want to use this service will have to be located in the United States because both Hulu and Showtime are limiting the access to US-based viewers only. What is worth mentioning is that there is another way to view all the great movies and TV shows on Hulu and Showtime – by using a VPN service like zoogvpn. ZoogVPN is your best option when you need to overcome geo-related obstacles like the one in this case. With only few clicks you will get the chance to watch the content you want no matter where you are. Now let’s see what you can watch on Showtime.

First of all, you can watch many unique TV shows that belong to different genres. Homeland is surely one of the popular TV dramas. This is an award winning TV show that started in 2011. Another popular show is Ray Donovan – a thriller drama featuring a professional LA “fixer” who fixes the problems of celebrities and influential people. There are also three other original TV shows that can be describes as dramas – The Affair, Penny Dreadful and Masters of Sex.

In the recent period the comedy / dramedy genre is making its way to the top and people that belong to different generations enjoy the episodes of shows like these. Those who will choose the Showtime add-on on Hulu will be able to watch Shameless. Although Shameless started 4 years ago, every season is unique and interesting and viewers simply cannot get bored. The story is revolving around a dysfunctional family from Boston and their interesting and sometimes tragic lives. In addition, users can watch Episodes, Web Therapy, House of Lies and Happyish.

Even those who like sports won’t be disappointed – TV shows like Showtime Championship Boxing, ShoBox: The Next Generation and ShoMMA will keep them entertained for hours. Finally, you can find many reality and documentary series, adult programming, talk shows etc. What is even better is the fact that there will be more TV shows available starting from this fall – Halo, Billions, Twin Peaks, Roadies etc.

Although Showtime is not very active when it comes to creating movies, they have a rich library which includes their own original pictures and some other movies produced by other networks too. These are only some of the reasons why existing and new users of Hulu should consider using the Showtime Add-on in their package.

If you want to watch Showtime with Hulu regardless of your location, you can definitely rely on zoogvpn. We are a trusted VPN provider that offers many different IP addresses from the United States and other countries in the world. The process of connecting to the virtual private network is very simple even for a beginner. ZoogVPN will mask your IP address and give you full access to Hulu and Showtime in a matter of seconds. Sign up for a FREE VPN service from ZoogVPN today and start watching Showtime and Hulu from outside US.

Stream the Tokyo Olympics with a VPN
Watch the NBA Playoffs with a VPN
VPN for TikTok – Are Virtual Private Networks the Answer?
How to Watch Peacock TV with a VPN – Quick Streaming Guide
Hong Kong VPN Demand Skyrockets– Here’s Why