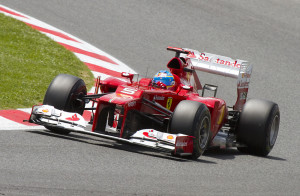 The Italian Grand Prix is one of the most anticipated events among Formula One fans. This is one of the original championship races when Formula One was organized for the first time in 1950. This year’s Grand Prix in Italy will take place on September 6th. It will be aired live on BBC Sport while internet users can enjoy this race through BBC iPlayer. Those who would like to watch this incredible sporting event from outside the UK can count on ZoogVPN services.

People in Italy have always shown great interest in motor sports. The first Italian Grand Prix racing event was held in 1921. One year later, Monza racing facility was built near Milan. In 1950 when the new Formula One Championship was established, Monza became part of the tracks where this event was held. The first race was won by the famous Giuseppe aka Nino Farina with his Alfa Romeo 158.

It is worth mentioning that many other racing events take place on this race track. Ferrari challenge, GT Open International Series and Targa Tricolore Porsche were some of the events that took place this year on Monza.

What makes Monza and the Italian Grand prix so attractive is the fact that Monza is the fastest race track on the Formula One calendar. This is a race track in which many movies and TV shows were filmed. In addition, Monza is the home of one of the most luxurious and popular car brands in the world – Ferrari. This is why there is pressure for the Italian team to win the Grand prix and this year it seems that the task is a little bit difficult because Lewis Hamilton from Mercedes has 6 wins while Sebastian Vettel from Ferrari only 2. The second Ferrari driver Kimi Raikkonen has not yet won a race.

Monza is a really interesting race track. It is 5,793 km long, it has 11 curves and the fastest leap was driven by Rubens Barrichello in a Ferrari in 2004. The speeds at this race track can go up to 340 km/h.

It is interesting to mention that the Italian Grand Prix had different sponsors over the years and obviously, every sponsor was a giant in their industry. Some of the names of the sponsors include Coca-Cola, Pioneer, Campari, Vodafone and Santander.

Without any doubts Ferrari is the most successful constructor team which is quite natural given that the race track is the home ground of Ferrari. They have won 19 races, followed by McLaren with 10 and Alfa Romeo with 8.

There were more than two dozens of different drivers who have won the Italian Grand Prix, but there are also many who have managed to become multiple winners. Michael Schumacher is the driver who is most successful on this track. He has 5 wins. Nelson Piquet had 4 and several others including Sebastian Vettel who will be part of the race in September have 3.

As previously mentioned, all eyes for this race will be turned to Sebastian Vettel and Lewis Hamilton. Lewis Hamilton is in an excellent shape and he is currently no.1 one on the list of most successful drivers this year. He has also won this race last year. However, Sebastian Vettel has managed to win three times on this track – 2008, 2011 and 2013. Many people believe that this race can determine the winner of this year’s Formula One competition.

Just like every year, we won’t miss excitement in Monza and you can watch this race live on BBC iPlayer.

As you are probably aware watching BBC iPlayer outside the UK is not possible (at least not without help) because their content is geo-limited. If you want to watch BBC iPlayer from any part of the world, you must use a reliable VPN service provider like zoogvpn. ZoogVPN is a leading VPN solution for streaming content. It is offering reliable VPN services at low cost and with our help you can watch BCC iPlayer regardless of your current location.