What to Watch on US Christmas TV online 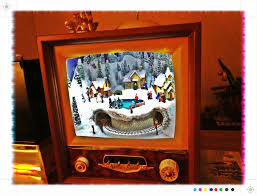 Now You can Watch US Christmas TV Online

There are only a few days left until Christmas and in case you are wondering what you should do on Christmas Eve or on Christmas we will give you one suggestion that will save you money and make you feel great – watch US Christmas TV online. With so many great streaming services in the USA, it is very difficult to decide which one to use when these days come. This is why we have selected several movies and TV shows that will be aired on some of the most popular US streaming services including Netflix, Hulu and HBO. We hope that you will have a great Christmas!

Do you like movies? Or maybe you prefer watching one or several episodes of some popular TV show? No matter what your preferences are, ZoogVPN is here to present few suggestions from both media types.

Comedy, music, musical – this is how A Very Murray Christmas is described on popular movie review websites and these three things are certainly something that we all want when Christmas finally comes. Bill Murray hosts a party with guest stars like George Clooney Miley Cyrus and Amy Poehler appear. This movie/show is already available on Netflix, but you can wait for the Christmas Eve to play it.

There is another interesting movie on Netflix that has nothing to do with Christmas, but it is worth watching. The plot is settled during the World War II and portrays the destiny of the young Jewish singer who is trying to escape the Nazi regime. If you are into good thrillers don’t forget to add this one on your to-watch list.

The younger audience (teens and young adults) will probably enjoy Spring Breakers. This movie has received mixed critics from famous film critics, but the best way to find out whether it is good or bad is to watch it. As the name suggests this is a movie about a Spring Break celebration of a group of attractive young teenagers (one of them is Selena Gomez). It is good to point out that this movie is not suitable for children. Spring Breakers will be available on Hulu.

Hulu will also stream the popular A Christmas Tale movie from 2008. This French comedy/drama talks about a strange family reunion on Christmas. There are some very popular French actors in this movie.

The Water Diviner is an excellent drama movie about the period after the World War I. The movie was directed by Russell Crowe and he is also the main actor in the movie. This movie will be available on December 26 on HBO.

Fox has recently canceled the interesting The Mindy Project comedy TV show, but Netflix decided to continue this TV show. This December, fans of this TV show can watch the midseason finale on Hulu. According to the authors you can expect some interesting changes and a cliffhanger before the fourth season continues in 2016.

Netflix has decided to cooperate with Charlie Brooker the creator of the popular British TV show Black Mirror. There will be a total of 12 episodes that will start airing in 2016. However, Netflix has decided to refresh the memory of the fans of this show by streaming the special edition of Black Mirror called White Christmas. They have also chosen an appropriate date when this episode will be available – December 25. Of course, you should not expect some family, comedy, drama type of show because Black Mirror can sometimes get very dark.

Those who want to watch a nice animation comedy with their children can choose My Little Pony: Friendship is Magic on Netflix. Princess Celestia is on her way to Ponyville and this time she is prepared to learn everything about the magic of friendship.

How to watch US Christmas TV online

If you are outside the United States you will notice that you can’t access Hulu, HBO, Netflix and other similar services based in USA because they have filters that block non-US IP addresses. However, with the assistance of ZoogVPN and our VPN service, you will be able to watch the exciting Christmas programming on these TV/streaming services no matter where you are.