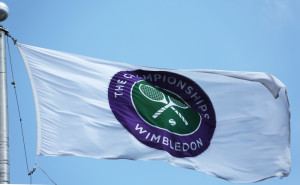 The Wimbledon Championships (commonly known as simply Wimbledon) is the oldest and most prestigious tennis tournament in the world and is held at the All England Club in Wimbledon, London since its start in 1877. It is one of the four Grand Slam (Major) tennis tournaments with the others including the Australian Open, the French Open, and the US Open. In 1988 after the Australian Open shifted to hard court, Wimbledon became the only Major still played on grass. The tournament historically occurs in late June and early July. It concludes with the Ladies’ and Gentlemen’s Singles Final.

The five main events that compose Wimbledon include: the Gentlemen’s Singles, Ladies’ Singles, Gentlemen’s Doubles, Ladies’ Doubles, and Mixed Doubles’ composed of 128 players for singles events, 64 teams for doubles, and 48 teams for  mixed doubles. There are also junior level tournament including the same categories mentioned above with the replacement of mixed doubles’ exchanged with disabilities doubles.

Prior to 1922, the previous winners of Gentlemen’s singles, Ladies’ singles, and Gentlemen’s doubles were automatically entered into the final challenge match and did not have to play against any opponent until the final round, leading to many winners retaining their titles in successive years, as they were able to rest while their opponent competed from the start of the competition. Since 1922, the prior year’s champions are now required to play all the rounds, like all other tournament competitors.

As stated earlier, both the Ladies’ and Gentlemen’s singles tournament consist of 128 players. Doubles partners are determined by international ranking. The system of seeding was introduced to Wimbledon in 1924 allowing countries to nominate four players that were then placed into different quarters of the draw. The system was then replaced in 1927 with a merit based seeding. Wildcards are now determined by the Committee of Management. Qualifiers are also entered into the tournament through a competition held one week before Wimbledon.

The traditional Wimbledon colours are dark green and purple, however, all tennis players participating in the tournament are required to wear traditional all-white, or at least almost all-white, clothing. Ball boys and girls wear navy blue and cream coloured uniforms designed by Ralph Lauren.

The current Wimbledon champions from 2016 include:

These are the front-runners for the 2017 Wimbledon; however, tennis is a growing sport where anyone can have a bad day. As the tennis players start to wind up their practice sessions in excitement for the Wimbledon, look up all the background information and coverage.  Watch Wimbledon live online starting July 3rd 2017 on BBC Sport.

Whether you are an avid or casual tennis fan, you know how important the Wimbledon tournament is in the tennis world. You also know that this is an event that cannot be missed. With ZoogVPN one can access plenty of streaming services for the sports fans, children, movie fans, as well as others.