What Is “Right To Be Forgotten” and Google’s Stand? 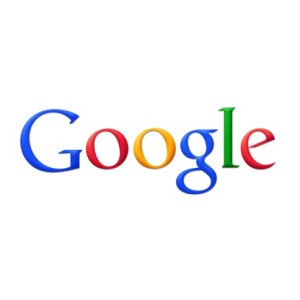 Google’s Stand on Right to Be Forgotten Laws

Have you heard about the privacy wars that are taking place throughout the world? Things are really heating up including in Europe where there are many governments working to gain access to some of the most private of information in an effort to curb terrorism, they say. For those who are in the U.K. or throughout Europe and wondering what is next, take into consideration Google. You know the company has the largest search engine provider. Google is known for its innovative services and really cool products, but you may also have heard about the “Right to be Forgotten.” If you have not heard of it yet, you likely will. You should know what it means to you personally.

What Is Right to Be Forgotten?

The European governments passed a law that states that individuals have the right to be forgotten when it comes to being on the Internet. If you know much about the Internet, you know that once you put something up on any site, it is stuck in the Internet pretty much for good. That means that individuals can expect to have memories, photos, and even those awful social media posts they made show up again and again. It is nearly impossible, then, to have information be forgotten online. That worries many people. That is why a law passed in Europe that requires that the search engine take steps to “forget” or remove information from the Internet. In short, the laws state that individuals have the right to be forgotten.

Latest From Google on Right to Be Forgotten Laws

The latest from Google is a bit of a reversal from where things were originally. The search engine company created a page for European residents that allows them to request that the company take down any and all links that are tied to the person’s name. This may have seemed impossible to most people just a few months ago, but today it is something that Europeans can do. Do you want the Internet to forget you and all links to you? Do you wish there was a way to take down everything that is out there on the web so that you no longer have to worry about it? Of course you do and that is why this law gained so much popularity in Europe in the first place. Overall, online privacy protection is a main concern for many people.

Why did Google do it, though? This is one of several of the moves the company has made in terms of privacy changes. The company is also facing Europe on a number of different fronts including the numerous antitrust probes and taxes that regulators in Europe are challenging the company with, as are some companies. The right to be forgotten laws are just one piece of a much bigger puzzle.

While Google may have take a big step in the right to be forgotten laws, it has some people worried. In short, accommodating this privacy ruling could mean big changes to the global technology industry. How will Google all of the requests to takedown information? How will it push back against overreaching, which is one of the biggest concerns for those who are in this industry. Add to that the numerous concerns over how this law will be translated as well as how it could impact further laws and rights across the world.

Consider what happened when Google unveiled a form that allowed minors in California (after a ruling passed similar to the right to be forgotten laws in the EU) to request for their information to be removed. Within the first few hours of the form’s release to the public, more than 12,000 requests came in. What will happen when this expands further from just these minors to anyone in the world that wants to be forgotten?

There are many concerns here. They focus on the right of citizens to have their information forgotten and removed from the Internet. There are concerns over how the global connectivity industry will be impacted. In addition, there are concerns about what other laws and privacy rights this will open the door to in the future. For those who may wish to have information forgotten, it is important to look beyond just what this law offers and to focus on what it could mean for many, many years to come. As always ZoogVPN is committed to keeping you up to date on the latest privacy laws and adhering the strictest of standards in protecting your privacy online with our service. Online privacy protection is important to us.

CyberNews has interviewed ZoogVPN
Are VPNs Legal? – Yes, But There Are Some Caveats
Can a VPN Help You Stay Anonymous Online? | ZoogVPN Blog
What Is Geo-Targeting and How a VPN Helps You Avoid It
Why It’s Essential to Keep Your IP Address Private
Download Free VPN