What to Watch on Amazon Prime Outside US in February 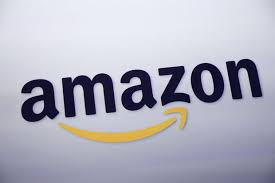 Get Ready to Watch Amazon Prime Outside US

According to some statistics, Amazon Prime is the second most popular streaming service in the world. As a matter of fact, some experts say that the reason why Netflix decided to expand on the global market is because of the fast growth of Amazon Prime. Amazon Prime subscribers claim that this streaming service has some of the best programming they have seen and the fact that every month, Amazon changes their content makes this service even better. So, this February, Amazon Prime users will be able to watch some of the best movies and TV shows from this year and last year and some classic hits. Here are a few things to watch on Amazon Prime Outside US.

So, What’s New On Amazon Prime in February?

Let’s begin with the new (and old TV shows) that will become available in this month. February 2nd is the first date when subscribers will get a chance to watch a new TV show – Poldark. Poldark is a beautiful history, drama and romance TV show aired for the first time in 2015. It talks about Ross Poldark and his days after the American Revolutionary War. He is now prepared to start a new business, but he is unaware that he is also creating new enemies. Of course, the story would not be complete if we don’t take a glimpse at his love life.

Ten days later, Amazon Prime will provide another high-quality TV show and this time it is a comedy/drama. On February 12th you can watch the second season of Girls. This interesting comedy TV show is focused on the lives (and mishaps) of a group of girls in their 20s. We all know that this age is usually considered to be the most beautiful in our lives, but is it?

February 15th brings us two new shows. The first one is the third season of Newsroom. As the title suggests, the story talks about a newsroom where a new team steps in and affects the performance of the old news anchor. It is really interesting to see the relationships between professionals in this field. This is the last season of this show that ended in 2014. The second TV show is The Americans. Amazon Prime will present the third season of this popular show. This is definitely one of the most mysterious TV

The second TV show is The Americans. Amazon Prime will present the third season of this popular show. This is definitely one of the most mysterious TV shows in the recent years. The Americans describes the lives of secret Soviet agents who lived normal lives as American citizens for years. What is even more interesting is that the show is inspired by true events. The 4th season is scheduled for March, so it’s a great idea to watch the third season and refresh your memories.

The last TV show is scheduled for February 16th. This is not a classic TV show because it talks about the New Yorker magazine in a documentary style.

If you think that the content for February is good so far, wait until you read about the movies. February 1st will bring us more than a dozen of movies including The Fifth Element, Like Sunday, Like Rain, Batman (1989), A Better Life, Deliver us from Evil, To Be Or Not To Be and Twelve O’clock High. We will focus on one movie that certainly deserves the attention of almost all type of viewers and that’s Amy. Amy is a biographic movie about Amy Winehouse. What is great about this documentary is that the authors have used her own words to describe her amazing and tragic life. Fans will be glad to hear that this movie has some unheard tracks from this talented artist and some unseen archival footage.

Another new movie that will be aired on February 5th is Fire City: End of Days. If you are into fantasy and horror movies it is very likely that you will love this movie. The main character in this movie is Vine, a disappointed demon who lives together with a few other demons in the world of humans. Of course, they are not aware of his existence.

In addition, this February on Amazon Prime subscribers can watch movies like Chi-Raq, Solomon Kane, Adaline, Inequality for All and Digging for Fire.

How to watch Amazon Prime outside US?

If you are outside US and you want to watch Amazon Prime you will need to use a good VPN service that has the ability to mask your true IP address with a US IP address. ZoogVPN is here to provide the best VPN services.