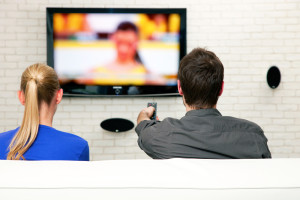 Amazon Prime or Amazon Prime Instant Video is one of the most popular paid video streaming services in the world. The subscription is set at $99 per year although you can always use the free 30-day trial. This online video on demand service was released in 2006, but it became extremely popular in the last couple of years because they have significantly improved their programming. This is the place where you can watch many interesting movies and TV shows and each month these shows and movies are replaced with new ones.

What to Watch on Amazon Prime this September

Starting from the first day of September, Amazon Prime is offering a long list of interesting movies including Little Giants, Maya the Bee, Popeye, The Swan princess, Hannah and Her Sisters. As you see most the movies we have listed are suitable for the younger audience, but there will be few movies that can be viewed only by adults like Hannibal Rising for example. In addition, there are two excellent horror movies that set standards for a new sub-genre of horror movies – The Blair Witch project and Blair Witch 2 – Book of Shadows. Those who are fans of classic movies can enjoy the Killer Klowns from Outer Space.

One of the best movies in the first half of September that will be shown on Amazon Prime is Dear White People. This comedy and drama is focused on the lives of four black students that managed to enroll at an Ivy League college. This movie includes some very interesting and funny scenes, but it also portrays the racial relations in modern times.

Joe Manganiello, Matt Bomer, Channing Tatum and few other popular male actors dancing half naked – who would want to miss that? This cast is part of another interesting comedy drama and musical called Magic Mike XXL. This is actually a sequel of Magic Mike movie.

Women (and men) can enjoy in another comedy this month on Amazon Prime. Although this movie is 4 years old it is still very funny and realistic. The main characters in this movie are two spoiled rich sisters who have been left without a dime after their father dies.

The passionate fans of horror movies will be happy to hear that the second part of September will bring few more horror titles and probably the best movie among them will be Halloween. This is a remake of the legendary horror movie Halloween that was released a couple of decades ago. In this version from 2007, Tyler mane is in the role of Michael Myers a crazy man with a horrible past. Malcom McDowell is in the role of Dr. Samuel Loomis and Brad Dourif is Sheriff Lee Brackett. The story is not much different compared to the original movie, but of course the effects are much better and there are some altered scenes that will surely make you jump from your seat even if you are a passionate fan of horror movies.

Amazon Prime would not be so popular if they didn’t take care of each category of people. Those interested in documentaries will have the opportunity to watch several award-winning documentaries including God and Gays. This controversial documentary is focused on a topic that is considered to be a taboo in many cultures. It talks about the link between spirituality and sexual orientation and features people who are pro and against gay marriage and gay people in general. God and Gays has received several awards.

If there is something better than Amazon Prime movie programming that must be the TV shows they air.

September is the month when Amazon will air the premiere of their new TV show called Hand of God. The main character in this drama is Pernell Harris, a corrupt judge with moral dilemmas played by Ron Perlman the star of Sons of Anarchy.

Drama, horror, fantasy is a combination that is quite popular these days and you can find all these genres in the TV show called Grimm. Those who have already watched the first three seasons of Grimm can start watching the fourth season starting from September 30.

These are only some of the movies and TV shows that you can watch on Amazon Prime this September. If you need a reliable VPN service provider to bypass the geo-restrictions imposed by Amazon Prime you can always count on zoogvpn.