What You Need to Know About U.S. and U.K Privacy Laws 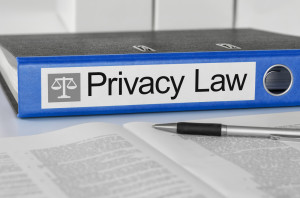 What You Need to Know About U.S. and U.K. Privacy Laws

For most people living in the U.S. and U.K., privacy laws are important. It is important to protect some rights to privacy, but there are also instances in which these laws become limiting to the people they are supposed to protect. As a consumer, you need to know what your options are, what your rights are, and perhaps even more importantly, what you can expect in terms of changes in U.K. and U.S. laws. A good place to start is with the NSA laws.

You may have heard about the former NSA contractor Edward Snowden. He provided an incredible amount of information about the NSA, also known as the Freedom of Information Act. This law is supposed to ensure that there is ample access to important data from the government, but what we have learned is that there is a great deal of information that is protected. The law states that the law provides any person the right to request access to federal agency records. However, very little of this information is actually provided by the government and that is where the problem is.

Consider Some of the Latest News and Concerns Regarding U.S. and U.K. Privacy Laws

When Snowden leaked a great deal of information about what we did not know, everyone got concerned. And, this is a good thing because it shows just how important it is for individuals to have access to all information. Since this timeframe, many countries have come under more scrutiny than ever from their citizens about privacy. In short, people do not want their governments spying on them. Many people want the government to stop both the international and domestic spying that is taking place.

There has been a great deal of talk about this in the last few years. The EU is moving, it seems, in the opposite direction from the U.S. in these matters though. Here’s what you need to know.

Debates in the U.S.

In the United States, debates about reform to privacy continue to occur. Should the government have the ability to collect phone records in bulk? This is a process that is happening and has happened. The debate over it, though, has been put on the backburner in the U.S. because the Senate did two things. First, it vetoed the Freedom Act and then it failed to extend the Patriot Act. These two components are very important because they indicate that privacy laws may no longer be acceptable in the eyes of the U.S. citizen.

However, if you look to Europe, you will see something significantly different. In short, European governments have been striving harder and harder to get more surveillance powers than they have had in the past. Take a look at some examples.

For most people, these are laws and information rights that are unknown and often times misunderstood. For those who just want to sit down and watch television or know that their privacy is present, it can seem nearly impossible to understand how these complex laws can impact them in an negative way. Even worse, there are plenty of instances in which abuse happens. Individuals have to make their own decisions about these rights and take steps to fight to protect those that are important to them.

Make sure to stay tuned in to the blog here for zoogvpn so you get all the latest on privacy laws and related topics. Did you know that ZoogVPN helps users to protect their privacy online by encrypting their online traffic and assigning different IP addresses?