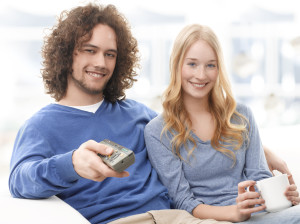 Streaming in August on HBO Now

Those who love movies and TV shows probably know why HBO is considered to be one of the best premium cable and satellite television networks in the United States.

It all started in 1972 when this network was founded in Pennsylvania.  It is interesting to know that when this network started the media didn’t pay much attention to it because there were many similar networks in the previous two decades who have started in the same way, but they were soon closed. However, HBO was different. Their management and their team were determined to make a difference and they eventually did that. They have managed to expand nationwide and what made HBO different that the rest was the constant investment in innovation.

The 21st century is not different and HBO is now present not only on TVs, but also on the Internet through their HBO Now streaming service. However, one thing remains the same – this is an American network and people outside the US cannot watch their great programs. Of course, there is a smooth solution for this issue – using a reliable VPN (Virtual Private Network) to bypass geographical limitation. ZoogVPN is one of the most reliable VPN service providers on the market. We are able to mask our users’ IP addresses and provide access to HBO Now and any other geo-restricted streaming service. If you are still wondering why you should use a service like zoogvpn, you should definitely check the TV shows and movies that will be available for streaming in August on HBO.

This comedy TV show started this June, so it is a brand new show with some well known actors like Dwayne “The Rock” Johnson who is actually the main character. He plays a retired athlete who wants to be part of the mentoring process of current and retired athletes. We all know that Johnson has filmed few comedy movies which were very popular, so it is no surprise why this TV show on HBO has got the attention of thousands of viewers. This August we will see at least four episodes from Ballers.

It seems that HBO has decided to invest a lot of money in comedies this year. The Brink is another comedy produced by HBO which started in June 2015. This TV show is described as a dark comedy that deals with geopolitical crisis and effects produced by these crises on three different, yet similar men – a top Air Force pilot, low ranking bureaucrat and state secretary. Each of them needs to stay calm, do their job and save the planet from the Third World War. The two leading actors Tim Robbins and jack Black promise great fun. This August the fans can watch four episodes (7 to 10) from the first season.

A lot of articles and reviews have been written about this popular TV show that belongs to Crime/Mystery genre. The first season was a huge success making it one of the most popular TV shows aired on HBO ever. McConaughey and Harrelson were a great team, but the second season comes with a completely changed cast. Now we can enjoy the acting skills of Colin Farell, Rachel McAdams and Vince Vaughn. The story is different, but judging by the first reviews, the second season is equally (if not better) good as the first one. The final two episodes of the second season will be aired in August on HBO. Read our previous article on how to watch True Detective on HBO Now outside US.

John Oliver is the host of this funny comedy series that comments the current events, politics and news in a satirical way. Last Week Tonight with John Oliver will be available until August 23d 2015.

Show Me a Hero

August is the month when HBO will air the first episode of a promising TV show called Show Me a Hero. This TV show belongs to crime, drama and history genre and describes the period when Nick Wasicsko became mayor of Yonkers in 1987. We can surely expect a great TV show.

In case you are looking for a way to watch all these TV shows and movies and dozens more outside US, you can count on zoogvpn. Our free VPN service is considered to be one of the most reliable and fastest on the market. Are you curious about protecting your privacy with VPN? Stay tuned to our blog.