How to watch Exxen from anywhere?

Unblock Exxen outside of Turkey in 3 steps

Subscribe to ZoogVPN and get your premium subscription. Once you are done here, you will receive a premium VPN with several powerful UK servers. Our Izmir VPN server is exactly what you need to unblock Exxen outside of Turkey.

Connect to the Izmir VPN server

Open the ZoogVPN app on your device and connect to Izmir VPN server. Content from Exxen is only available in Turkey, but ZoogVPN will make your IP address hidden and provide Exxen a Turkish one.

Open Exxen and watch it outside of Turkey

Once you are connected to the UK VPN, you can watch Exxen from abroad. To start streaming shows, open their website, create an account, or login if you have one, and enjoy TV shows and football matches.

Exxen is a Turkish streaming platform and a production company, releasing lots of original content, as well as broadcasting foreign shows and sporting events. Besides releasing original comedy shows and dramas, Exxen is a go-to choice for streaming UEFA Champions League, UEFA Europa League and UEFA Conference League, so make sure to get a secure VPN service to catch up with fresh TV shows and a non-stop Champions League action.

In order to stream Exxen, you'll need to get a subscription to the service for your taste, sign up for a ZoogVPN and you're good to go on any device. 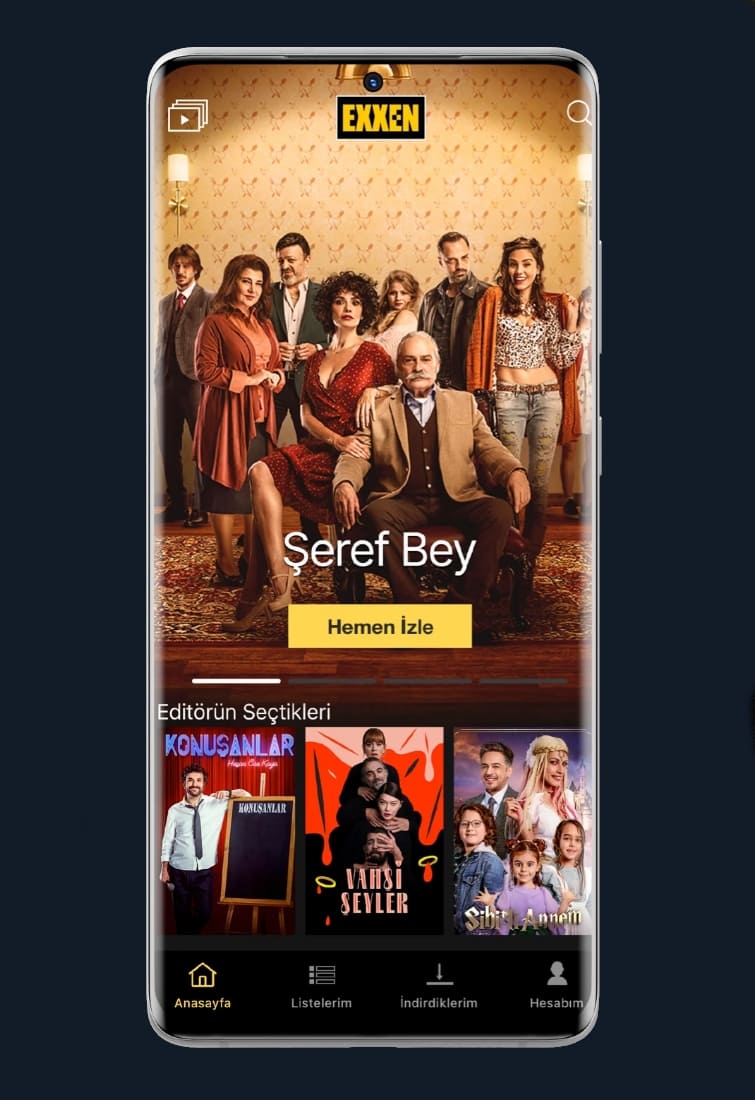 ZoogVPN is the best affordable all-in-one solution when it comes to securing your personal data and bypassing geoblocking to maximize your web experience. Make no mistake, there are no compromises and you get the best bang for the buck and all the bells and whistles you would expect from a premium VPN service. In case you have any doubts, you can try our 100% free VPN worth 10GB of monthly bandwidth, no credit card necessary.

ZoogVPN supports major VPN protocols. By default, our apps are equipped with the most trusted IKEv2 , OpenVPN and WireGuard protocols. They are supported out of the box and don’t require any hassle. If you are interested in PPTP, L2TP/IPSec – we’ve also got you covered.

Download torrents with peace of mind and confidence on dozens of torrent friendly, fast and unlimited VPN servers marked as ‘P2P’. There is no more need to worry about DMCA notices or speed throttling.

We take your privacy very seriously and as such do not keep any logs. Logs can easily link actions back to you, and some VPN providers pass these onto 3rd parties. We simply don’t keep any logs, so we can’t pass any.

Back in 2021, Exxen purchased streaming rights to broadcast UCL and Europa League in Turkey. Considering how cheap the subscriptions for both Exxen and ZoogVPN are, it is the way to go if you want to see some Champions League and Europa League action. Besides, many Turkish clubs are regular participants in UEFA competitions, including Galatasaray, Fenerbahce, Trabzonspor, Besiktas and Istanbul Basaksehir.

How to watch Exxen on TV?

In case you didn't know, there is a great tool for smart TVs called VPN. Yes, you can set up a VPN on your Android TV just like on your any household device. ZoogVPN has one of the best apps for smart TVs and connecting to a Turkish server has never been this easy and fast. You can download our app for Android TV from Google Play or read more about our Android TV VPN.

Get your VPN for Exxen

Get your VPN now