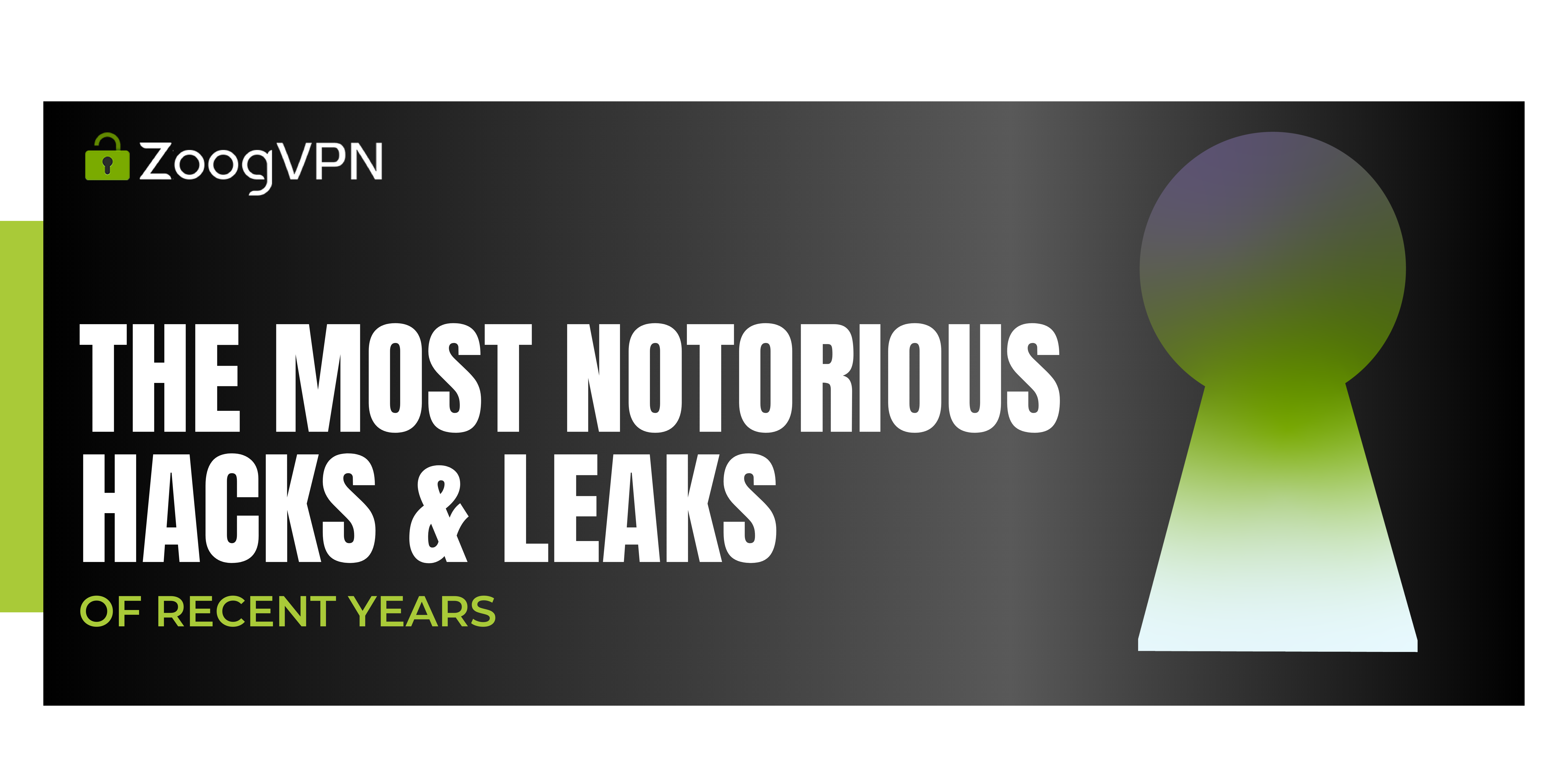 Hacks and leaks appear in the headlines almost every day, affecting everyone from social media users to government officials. 2021 was remarkably rich for big incidents involving data breaches, unethical use of spyware, and leaks. Don’t get me wrong, data breaches have been a common occurrence for several years. However, in 2021 they have increased by 17% compared to 2020, according to Identity Theft Resource Center research. Even the tech giants like Apple, Google, and Facebook remain under a constant threat of being hacked.

2021 was crucial for Facebook, whose rebranding to Meta and creating their virtual world app stirred up a few headlines. Prior to that, though, in April, Facebook drew media attention for very different reasons. For us, the average Joes of this world, the most memorable data breach happened in April, when the personal information of 533 million Facebook users from more than 100 countries was posted online, including their real names, phone numbers, birthdays, marital status, email addresses, and locations. What is more shocking, the same data was not leaked for the first time – it was being sold via Telegram bot for 20 dollars per individual search in 2019. There was also a post on the popular hacker-related forum by a group of anonymous web scrapers, claiming that they had obtained personal data of 1.5 billion Facebook users, which they intended to sell, but this information was neither confirmed nor disproved, and the forum post was later removed.

To make matters worse, Facebook Inc.’s subsidiary WhatsApp has been in a spotlight of its own and was ordered to pay a $266 million penalty for failing to be transparent about how it handled the personal information of its users. In January 2021, WhatsApp saw the biggest migration to rival Telegram and Signal apps in a short amount of time. Some resources link it to the controversial privacy update, forcing 2 billion WhatsApp users to accept their new privacy policy by February 8 or lose their account.

A Linkedin debacle was another noteworthy headline of 2021, resulting in an enormous 700 million user data leak. It was rumored that the hackers had sold the acquired data on the dark web for just $5,000. The scrapers posted a sample of their work, including names, phone numbers, physical addresses, emails, professional experiences, and geolocation records of 1 million users. However, Linkedin refused to consider this event a data breach, claiming that it was just a violation of their terms of services.

The haven of gamers and content creators Twitch also fell victim to a data breach in 2021. Twitch is an Amazon-owned livestreaming platform predominantly known for gaming content. On October 6, an alleged activist dissatisfied with what Twitch had turned into wrote a post on 4chan, an anonymous imageboard, claiming that he had gained access to Twitch’s source code while calling the service “a disgusting toxic cesspool.” The leak contained 125 GB of information free of charge as a torrent download. Luckily no passwords, login credentials, or credit card details were exposed — at least that’s what Twitch claims.

The company also claimed that the breach was caused by a “server configuration change that allowed improper access by an unauthorized third party.” What’s even more interesting is that the Twitch userbase seemed to care more about how much their favorite streamers earn per year than their privacy or the service’s source code, which was included in the leak.

Another honorable mention would be Parler – a so-called free-speech alternative to Twitter, which turned out to be a total disaster for every party involved, leaking 70 TB in posts, messages, photos, and videos of its users. Parler gained a massive following in the short term after the events of the Capitol Attack last year, which resulted in Donald Trump’s ban from the biggest social media platforms. But how soon the lights were gone. Just before Parler was removed from AppStore and Google Play, an anonymous hacker managed to scrape 70 TB of data. The self-proclaimed hacktivist, going by the Twitter handle donk_enby managed to archive nearly the entire site, exposing the whole Parler userbase, including those who participated in January 6 events.

Funny enough, the company that was supposed to provide security to its users turned out to be on this list as well. Avast, the antivirus software company whose product is utilized by hundreds of millions around the world, got caught selling web browsing data via a subsidiary company, Jumpshot, according to a study by Vice and PC Mag. The buyers mentioned in the report are Google, Microsoft, Yelp, Pepsi, Home Depot, and many other large companies. Avast collected the data from users who decided to opt-in; however, multiple Avast users claim that they were neither informed that Avast sold their data nor gave their permission to Avast to do so. In January 2020, the CEO of Avast publicly apologized for this incident and terminated Jumpshot’s operation, killing off the data harvesting business.

Even though we get used to seeing dire news involving data breaches, hacks, and leaks from time to time, most tech companies invest in improving the security of data and your personal information. However, there is no guarantee that YOUR personal data won’t end up in the hands of cybercriminals. They manage to find vulnerabilities in the security systems of the biggest tech companies and steal the information on millions of users; imagine how easy it is for them to access just one device, let alone a social media profile. Given that this happens even with users of such big companies, just imagine what risks employees take when pass all sensitive data, documents, and more to their employers. You should also take it seriously when searching for a job because once your data is leaked, there can be very dangerous consequences. If you would like to find a job, check out Jooble. They always have the best offers from trusted companies who are unlikely leaking any personal data of their employees.

How to protect your personal information

But not to worry, there are certain steps that could help you secure your personal information and keep strangers out of your safe browsing. Here are five tips on how to improve your security:

5. Use a VPN for secure and encrypted browsing without revealing your real IP.

If you are looking forward to starting a safe journey on the web, don’t waste any more time and sign up for free now. We offer some of the best value for money plans with just one subscription for all household devices, and in case you’re still not sure if it’s worth your hard-earned cash, you can try out our free plan. Enjoy your new private life with ZoogVPN.

Get started for free