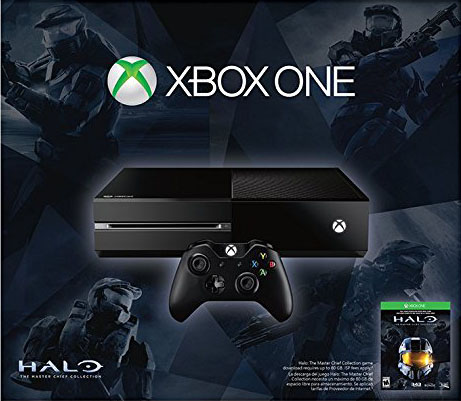 When Xbox 360 was revealed in 2005, it soon became the most popular gaming console in the world. Of course, the emergence of PlayStation 3 the next year, slowed down this process a little bit, but still Xbox 360 was bought and used by more than 20 million people around the globe. The initial success of this console encouraged the creators (Microsoft) to start working on a better and upgraded version of this console that will follow the latest breakthroughs in the world of technology and gaming. In 2013, Microsoft introduced Xbox One. This version comes with improved controllers, special headset, better games etc. Xbox 360 is still used by thousands of people, but it is obvious that eventually they will all turn to Xbox One.

Both Xbox devices are used for gaming, but since they come with several other features, many people use them for additional purposes too. It is quite interesting to browse the Internet on your big smart TV screen. You can also send and receive emails and use some of the popular streaming services like Hulu, HBO or Netflix. However, in case you want to use American streaming platforms while you are outside the USA you will experience limitations. These services use special technology that allows them to identify your current location and in case your IP address is not from the USA they will limit or completely restrict your access. There are many reasons for these restrictions, but the good news is that you can bypass them in a very simple way – by using VPN (virtual private network). Reliable VPN providers like ZoogVPN can help you pass these restrictions in a matter of minutes and watch your favorite movies or TV shows directly on your TV through your Xbox One or Xbox 360. However, Xbox consoles don’t have integrated VPN clients. In other words, setting VPN through their interface is not possible. You will have to do this manually, but the process is very easy. There are two different ways in which you can setup a VPN on Xbox 360/One. No matter which method you will use, once you are finished you will be able to watch US Netflix, HBO, Hulu and other US geo-restricted streaming services wherever you are.

The following is a list of streaming apps you can use on your Xbox device once you setup VPN:

– Crackle and many more.

First and foremost, you will need to create a VPN account. ZoogVPN is your best choice because our service is free, offers reliable servers from around the globe, full privacy protection, insignificant loss of speed and many other benefits. The setup process is simple and you will only have to download a simple software that will allow fast connection to any sever.

Once you create a VPN account and start using it on your home computer you can setup the VPN on a router that supports this type of network. Just follow the instructions for your router when logged into your ZoogVPN account and you will finish this task in less than 10 minutes. When you are finished, every device that is connected on the router will have a US IP address or other country IP address that you need. Remember to check whether your router is VPN compatible or not.

In case you don’t have a router that supports VPN and you are not prepare to invest in a router like this, you can try network sharing. Use a Ethernet cable to connect your Xbox One or Xbox 360 to your home (laptop or desktop) computer and you will be able to use the VPN on your Xbox devices.

As you can see, setting up VPN on Xbox 360/One is not very difficult and the best part is that when you finally manage to connect these devices you won’t have to perform the same procedure again.

ZoogVPN is one of the most popular VPN service providers with years of experience in this field. This VPN solution will help you protect your privacy and bypass any geo restrictions.