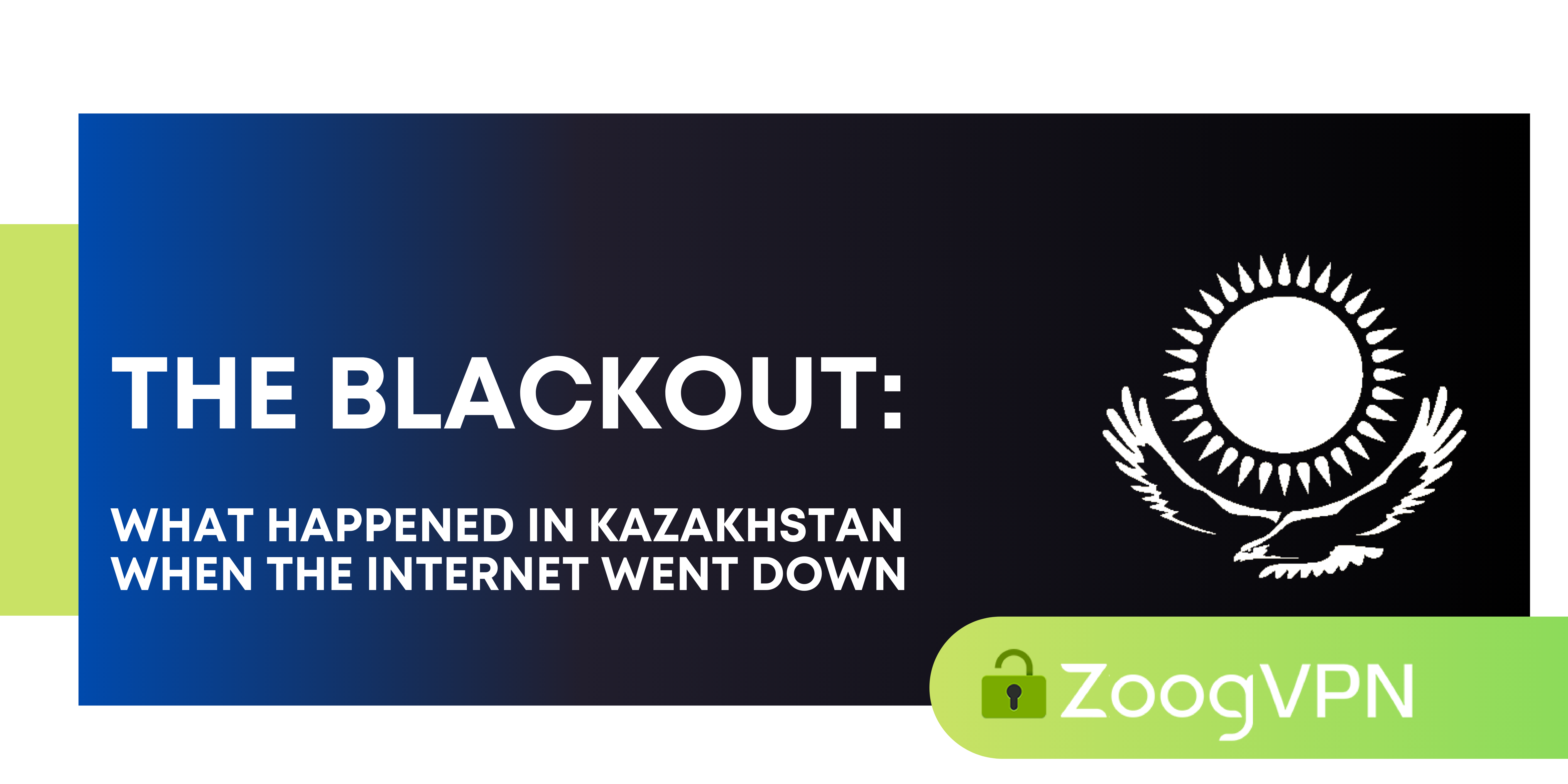 Just like the year before, the first week of January 2022 turned out extremely chaotic and will be remembered as the week of yet another unrest. This time in Kazakhstan.

Kazakhstan is no stranger when it comes to internet censorship. In 2019, a state-controlled internet provider issued a measure forcing internet providers to install a special certificate on users’ web browsers, allowing authorities to decrypt and read secure web traffic. This time though, the internet blackout caught the entire country by surprise. The authorities limited access to the worldwide web in order to suppress dissent and civil unrest.

On January 2, hundreds of workers in Zhanaozen took to the streets of the oil-rich country over the sudden fuel prices hike, eventually spreading the protests all over the country in a matter of days. On January 5, when the protest hit Almaty, the country’s commercial capital, the government implemented a nationwide internet outage alongside the state of emergency. Many citizens were confronted with the issue of not being able to buy groceries or withdraw cash, with huge lines at ATMs running out of money in no time and terminals rendered useless without an internet connection.

For 5 days, all the major social media platforms and apps were shut down in order to stop people from gathering and organizing further protests, which eventually turned into a bloodbath with a total death toll of 225, of which 19 were law enforcement officers. It is evident that the Kazakh government learned its lesson from recent protests in Belarus and revolutions in Ukraine and neighboring Kyrgyzstan. Around 95% of internet users in Kazakhstan were unable to go online, according to NetBlocks. Besides the internet outage in Kazakhstan, there was no cellular communication in big cities. President Kassym-Jomart Tokaev requested Russia-led military assistance from CSTO, which marked the organization’s first engagement in active operation. Nevertheless, this decision raised some eyebrows among high-ranking western officials.

The same town of Zhanaozen, where the January events occurred, suffered another tragedy 10 years ago when long-lasting labor strikes for unpaid danger money, higher wages, and better working conditions resulted in a massacre, leaving 86 injured and 14 dead, according to various sources.

One curious story, in particular, made the worldwide news – Kunekei Nurlan, a Kazakh blogger who became an overnight celebrity due to her being one of not so many unaffected by the internet outage. She noticed that her Instagram stories were only seen by her followers outside Kazakhstan. The blogger had no idea that the government shut down the internet in the entire country thanks to the VPN on her mobile phone. Needless to say, Nurlan chose to help her countrymen abroad to reach their relatives and deliver them a message.

“They asked me to call their friends and parents because mobile phone and landline services in Kazakhstan were working,” said Nurlan. Later on, she organized a Telegram group, cooperating with volunteers who also had internet connection thanks to VPN services. The blogger received hundreds of messages asking for help, and in a matter of days, the group “Baurymen Bailanys” (“Linking with brother” in Kazakh) grew to 13,000 subscribers.

Governments around the world often excessively use their administrative and financial resources in an attempt to suppress public criticism and disapproval of their certain actions. The narrative is dictated, and there is little room for transparency when the mass media is predominantly government-controlled. When the powerful feel their reins slip, they introduce draconian measures, like curfews or internet outages. In times like these, the ability to communicate is hard to overestimate.

What can you do?

In case you live in a region with economic and social issues, you might want to look into the possibility of securing your internet connection, just in case. We at ZoogVPN wholeheartedly support the 2016 UN Assembly General non-binding resolution, declaring internet access a human right, and sometimes it seems like this statement is being completely neglected.

That’s why even our free plan offers military-grade 128-bit encryption to keep nosey intruders out of our clients’ private matters. We don’t keep logs, so there is no way that we could be approached to show them or sell them to third parties. Be safe!