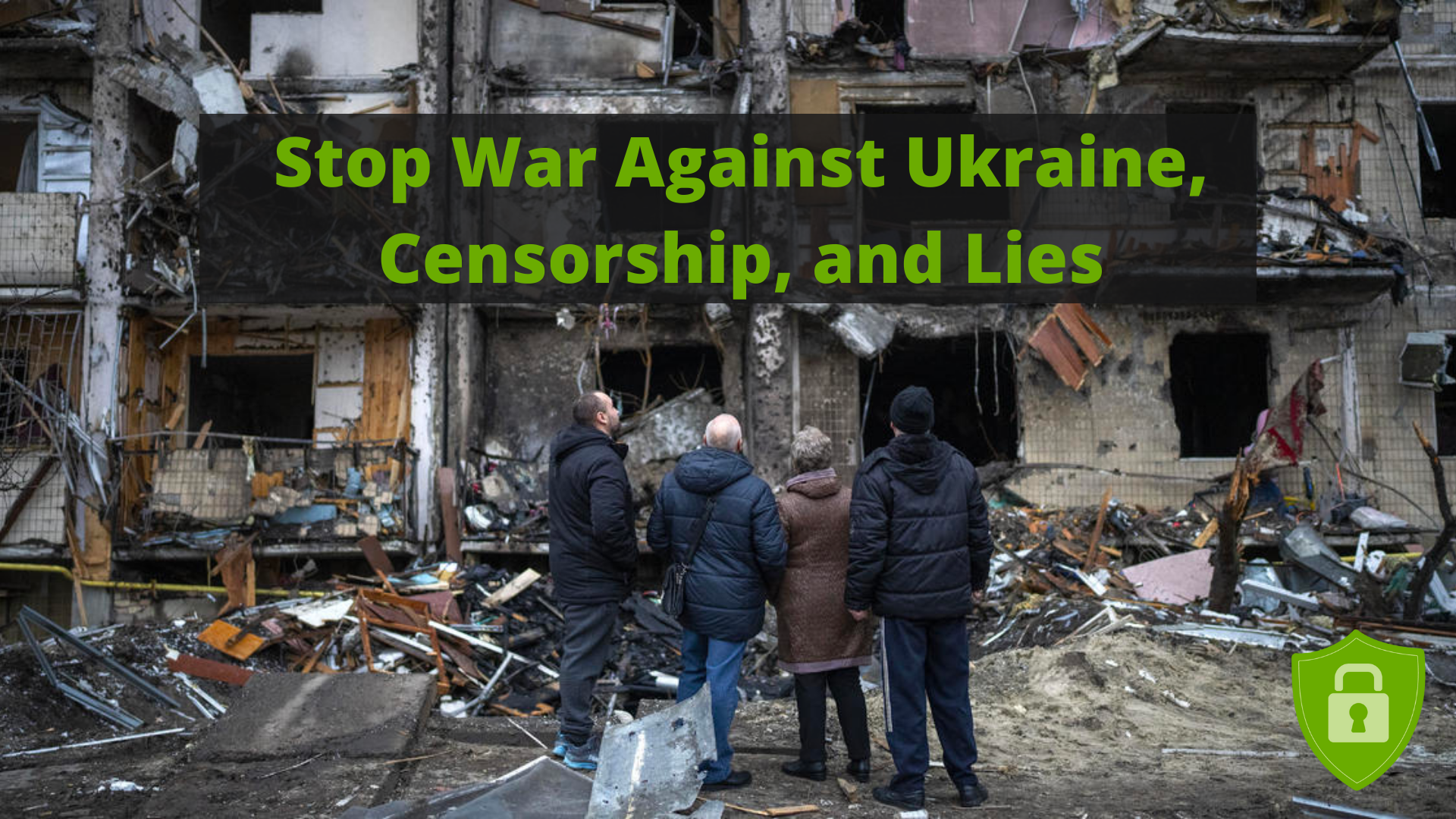 ZoogVPN always claims to be a powerful tool to bypass censorship, restore freedom of speech, and ensure complete peace of mind. We think it’s impossible to stay away from the events happening in the center of Europe, especially when it comes to information.

As everyone knows, on February 24th, 2022, Russia has brutally attacked Ukraine. On the fifth day of this crazy aggression to a sovereign country, every part engaged in this war has lost thousands of lives. The infrastructure of Ukrainian cities is destroyed, hundreds of civilians are hurt or even dead. According to the latest news, 16 children have died because of bombs, rockets, and other heavy weapons crashing Ukrainian cities and villages.

ZoogVPN has always been operated by principles. We strictly judge censorship, Internet restrictions, and barriers. Unfortunately, as the war started, Russia launched a powerful informational campaign towards the misinformation of its people. Russian government controls the media and intentionally shares wrong information. They don’t reveal the truth that Russian people deserve to know. The propaganda machine will never show hundreds of public buildings destroyed by rockets launched from Russia and Belarus. Furthermore, they will never let you access the media whose opinion is different from their own. Last but not least, it’s becoming dangerous to have “another” opinion.

Given that Russia has always been on the list of heavily-censored countries, it’s obvious that restrictions will be tightened.

That’s why we decided to extend the list of servers ZoogVPN provides for free. From now on, you will be able to connect to the US, UK, Netherlands, Germany, and Singapore servers absolutely for free.

You can install our VPN on any device. By doing this, you protect your traffic from snoopers, government, and third parties, getting back the control to free and uncensored Internet access.

We encourage every person believing in freedom, democracy, and European values to install a VPN app while it’s not too late. Don’t be afraid of seeing the truth and oppose the war – we got your back at least on the Web.

P.S. Our team has analyzed the media carefully, and attached the list of websites where you can find up-to-date and uncensored information with our VPN enabled: