The Best VPN for League of Legends 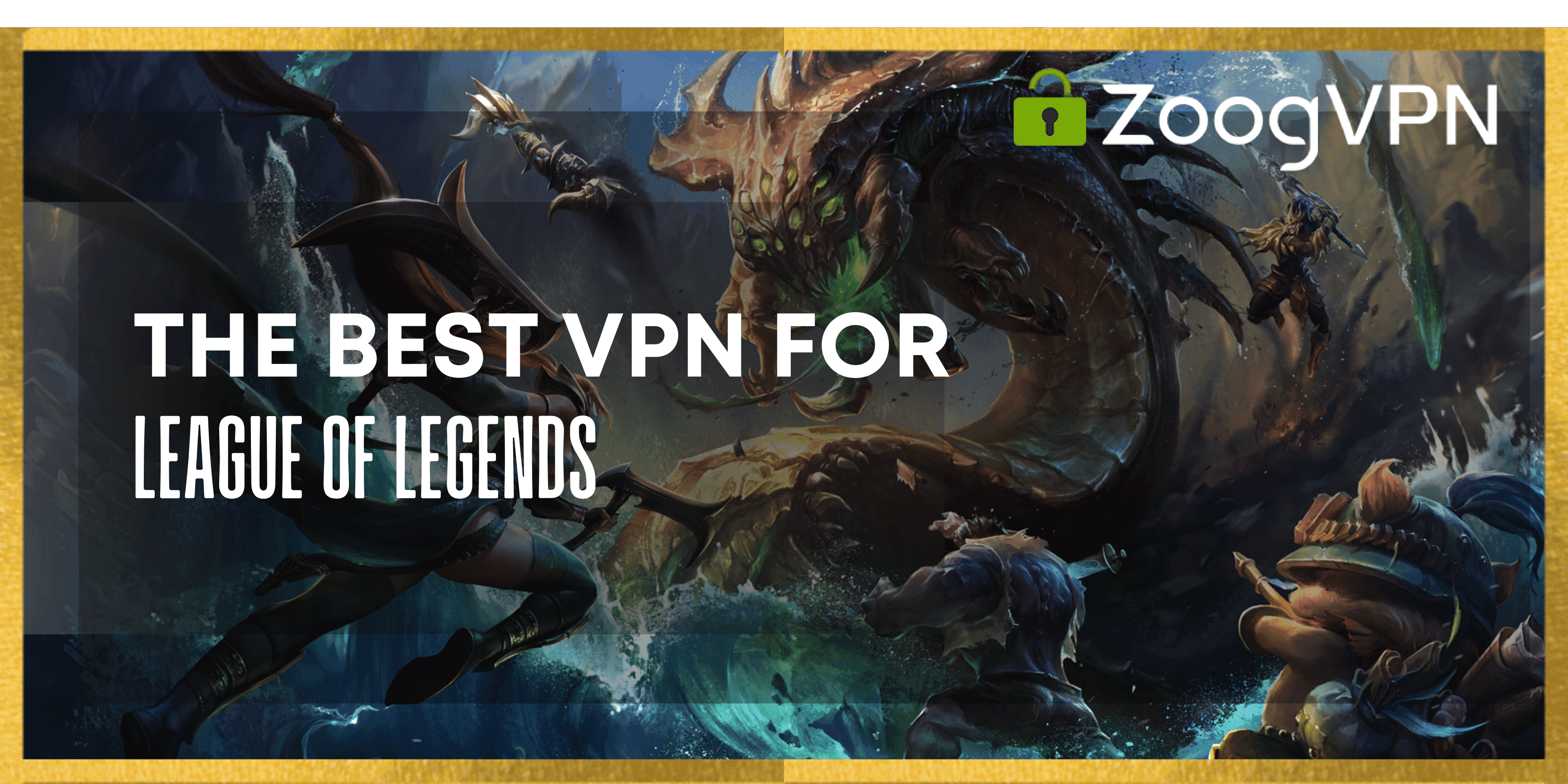 League of Legends has been the most influential and the most-played multiplayer game for over a decade now, a game known for a gigantic player count worldwide, a cult-like following and the esports events that constantly break viewership records. The 5v5 MOBA format with unique roles for each position draws around 120-130 million monthly players, and the 2021 main event in League of Legends drew about 75 million peak concurrent viewers. The game is constantly changing and evolving with new items, champions and skins to excite new players and keep the OGs grinding every day for a longed-for S+ when the enemy nexus is shattered.

Season 13 is about to kick off in January 2023, so make sure you don’t miss out and have a stable connection to climb the ranked ladder effortlessly. No one wants their R to miss the low HP enemy due to high ping, right?

Why do you need a VPN for League of Legends?

League VPN is an essential tool for those who require help with:

A good VPN service can help you improve the quality and the speed of the internet connection in case your Internet Service Provider reduces speeds to offload the network. You can determine if your ISP is throttling your connection by checking the default speed, and then repeat the test with your device connected to the closest VPN server. ISP throttling can be easily dealt with by a decent VPN service with a vast selection of available servers worldwide.

Here’s the thing, some people consider Riot Games a bit greedy, and it’s not without reason. You can’t just change a region on your profile for free, like in any other normal multiplayer game, and your only options are either to spend your hard-earned cash (2600 RP or 20 USD/EUR to be precise) or to create a brand-new account without your champion pool, skins and no ranked games until level 30, which is insane. So, if you happen to travel somewhere and find yourself craving for a quick draft pick game – tough break. Of course, you could play on your main account connected to a region you usually play, but it would be borderline torturous, considering the ping digits you’ll be seeing in a top-right corner of the screen. In this case, connecting to a VPN server located in the nearest point to your original server would be the most viable option. Don’t expect 40ms, but it won’t be as bad if you were to play without VPN. Alternatively, you can always create a new account by clicking this link. As a pleasant bonus, VPN protects you from DDoS attacks.

Is League of Legends banned anywhere?

Another important issue worth mentioning is censorship – LoL has been banned in Iran and Syria in response to American sanctions. Who knows how long before the League is banned in Russia and China? Especially considering that these 2 borderline totalitarian countries often times ban everything themselves. ZoogVPN can easily bypass any geo-restrictions and even the Great Firewall thanks to our brilliant ZoogShadowing feature.

Is VPN beneficial for League of Legends?

We’ve conducted a small investigation, in the result of which we found out that ZoogVPN can improve your gaming experience by reducing ping in League of Legends.

ZoogVPN is the best affordable all-in-one solution when it comes to securing your personal data and bypassing geoblocking to maximize your web experience. Make no mistake, there are no compromises and you get the best bang for the buck and all the bells and whistles you would expect from a premium VPN service. In case you have any doubts, you can try our free VPN for League of Legends with 10GB of bandwidth and 5 locations around the world, no credit card necessary. Unlock your full potential with VPN League of Legends!