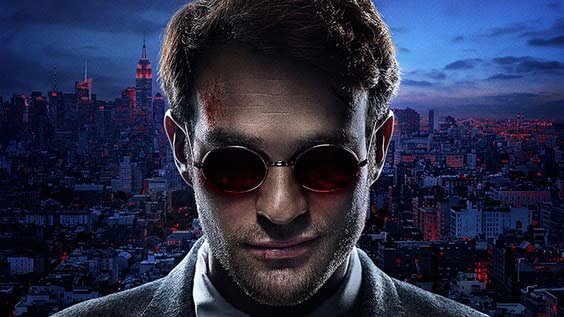 Daredevil: The Hottest Series On Netflix

You’ve heard all about Daredevil, the incredibly popular Netflix series, but you don’t have nor want to buy the service. Should you really give up your chance to watch Daredevil on Netflix from a non-Netflix country? Of course note, you can get access to Netflix on your computer or mobile device with zoogvpn VPN. Apart from Netflix, there are dozens of online services that are unblocked with zoogvpn.

What Is Daredevil and Why Should You Be Watching It?

Before you think about streaming Daredevil on Netflix, you have to step back in time to around 1964 when the first Daredevil comic came out. The comic is much like the television series so if you are a fan of the comics, you are sure to love this lifelike recreation of it. Here are a few things you need to know about the storyline before you start watching.

Daredevil was created as a superhero under Marvel Comics and created by Stan Lee, who at the time was a writer and editor for the line and artist Bill Everett. Jack Kirby is said to have some level of input in its creation as well. The story takes place in Hell’s Kitchen, a neighborhood of New York City. The main character, Matt Murdock is involved in an accident that leaves him blind at the age of nine. Over time, he develops “super senses” that allow him to perform at perhaps the highest level possible and beyond what most humans can. HIs sense of sound (hearing a person’s heartbeat to tell if he or she is lying) and incredible sense of his surroundings (that allows him to jump from buildings and leap out of windows) help him to go on his way.

He is an attorney, working to help the poor and abused in Hell’s Kitchen. Over time, he learns of the threats of Kingpin, a man that is merciless in killing people to make himself rich and successful. The story line is intense and over the comic series, a number of foes and sidekicks develop, each with their own incredible histories.

What To Expect From Daredevil

Now, when you think about this comic book you may think about the other comics that have come to life in movie form. Don’t. Daredevil is different. It is intense, physical, emotionally commanding, and graphic. This is not the Iron Man or Batman version of comic book superheroes, but rather a cutthroat, dangerous version and one that is really only acceptable to watch by adults.

The storyline is fast moving and there is a lot of action throughout it. A few things that stand out that make it worth the time to binge watch include the numerous characters and deeply developed backgrounds. You do not have to know anything about the comic books or the history of this superhero to get involved and to get hooked. And, you will get hooked. There is a great deal of choreography in the fight scenes that make it realistic (even with a blind man in them) and heart pounding thrills to watch. It is also a good idea for you to invest in some time. You’ll find yourself unable to put down the remote but needing to move from one episode to the next. In fact, it is a good thing that this series was all available at once on Netflix – it would have been a hard 13 weeks to watch otherwise!

Watch Daredevil on Netflix.com from your country

But, what if you don’t have access to Netflix from your location? What you can do is to use ZoogVPN as your gateway to Netflix and other US streamlining online services from outside US. This is great if you already have the Netflix account. However, if you do not you can easily sign up just like if you were a US or UK resident. This is the perfect way for you to get access to your favorite shows while abroad or if you’re an US/UK expat leaving abroad. When you have a few hours, start using ZoogVPN to watch Daredevil on Netflix and many other shows.