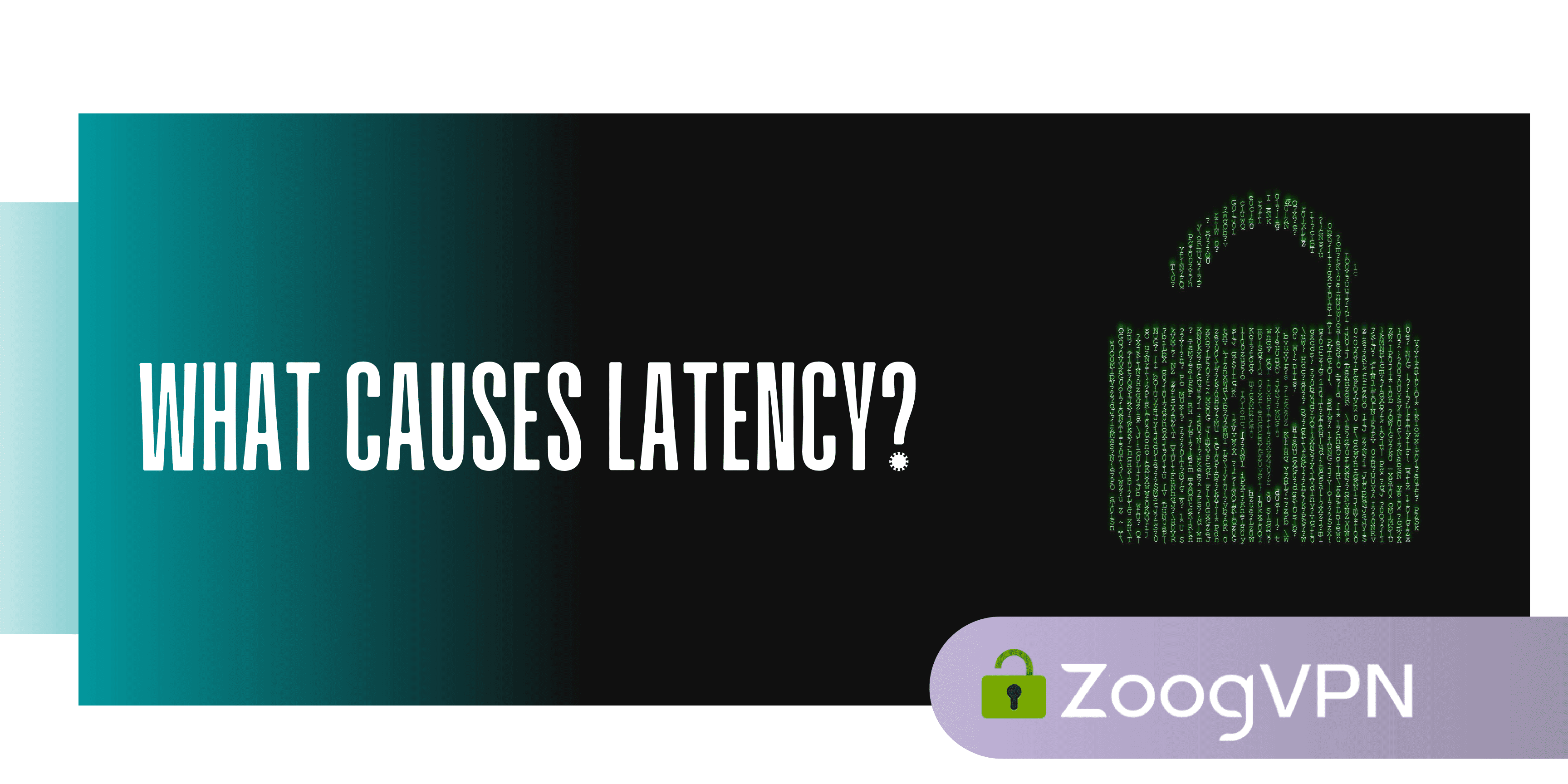 Does VPN increase latency and slow down your internet speed? Simply put, a VPN can slow down your internet connection due to adding an extra step to route your traffic through the VPN server, which is essential for a VPN service to work properly. However, a fast premium VPN service like ZoogVPN won’t drag your connection speeds down, thanks to multiple servers available for each region. On the other hand, free VPN services are overcrowded, and it takes them ages to connect to any website, let alone stream content or play games.

In some cases, a reliable VPN service grants the user a plethora of benefits, such as bypassing geo-restrictions and avoiding throttling set by their internet service provider.

There are several causes of latency that you could encounter:

Distance to a server

Internet speeds depend on the distance between the user and the VPN server. The optimal solution is to choose the closest server available to you. You have to remember that data has to be routed through a VPN server first and then it travels to its destination. Therefore, the internet connection will be faster the nearer a server is located.

It’s recommended to pick VPN servers in nearby countries or the country you’re currently located in unless you really need to connect to a server in a particular region to bypass geoblocking. A proper VPN service provider has to have plenty of servers in different regions, like ZoogVPN.

The VPN connection speed decreases if there are too many users connected to one server. Free and slow VPNs that cram too many users into a few free servers in the hopes that being “free” will be enough to attract new users. High-end VPN services with a strong server base rarely give their users a headache in the form of latency and slow speeds. The simple “Auto” connection feature on ZoogVPN is quite handy in this case, as it automatically selects the best server available depending on your demands and location.

The primary feature of virtual private networks is encryption. This feature allows the user to browse privately (don’t confuse it with the Incognito Mode, which has nothing to do with privacy) and prevents hackers and snoopers from accessing your web traffic. However, the VPN service provider determines how encryption is handled, and if done improperly, this might lead to latency.

The block cipher technique used as the data encryption standard is called Advanced Encryption Standard (AES). There are various strengths available, including 128-bit, 192-bit, and 256-bit encryption. The more securely your data is protected, the higher the encryption level. The current industry standard is 256-bit, and it will take more time than our universe has existed to decipher it, meaning that it’s secure enough for a regular user.

Internet bandwidth provided by your ISP

A VPN service is not the main cause of slow speeds if your connection speed is already slow to begin with. Internet service providers (ISPs) frequently intentionally limit bandwidth. Users might notice this as a slowdown in internet speed for particular websites or at certain times of the day. This essentially means that as a user, you won’t be able to download or stream anything as quickly as you normally would.

A virtual private network, or VPN, can help you by bypassing any content- or user-specific speed restrictions imposed by your ISP.

Can a VPN speed up the internet connection?

In some cases, a VPN can actually speed up your internet connection. When your ISP targets you with bandwidth limitation in order to relieve the network, your connection is artificially slowed down. A VPN can be advantageous in two ways, in particular:

If you’re streaming live broadcasts at periods when there is a lot of internet usage, your ISP could limit the speed at which some online activities can be performed. Thanks to your VPN, they can’t control your bandwidth if they don’t know which websites you’re accessing.

Your ISP won’t always route your data through the fastest channels, but with a VPN you can bypass these limitations.

ZoogVPN is the best affordable all-in-one solution when it comes to securing your personal data and bypassing geoblocking to maximize your web experience. Make no mistake, there are no compromises and you get the best bang for the buck and all the bells and whistles you would expect from a premium VPN service. In case you have any doubts, you can try our free plan with 10GB of bandwidth and 5 locations around the world, no credit card necessary. Join us today!