Where to Watch True Detective With VPN 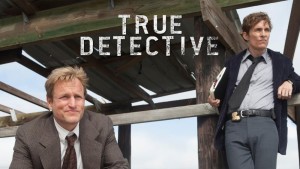 The popularity of TV shows is constantly growing and many people prefer to watch a good TV show instead of a movie. Of course, there are good movies that are worth our attention too. In case you are looking for a TV show that provides twists, tension and thrills then you should definitely check one of the most popular US TV shows called True Detective. As the show has picked up steam, more people are curious about where to watch True Detective with VPN. All HBO shows, including True Detective, can be streamed with a premium subscription to HBO Now with the help of ZoogVPN to access HBO Now from outside of the U.S.

This thriller/drama TV show produced by HBO will keep any viewer focused on their TV or computer screen until the end of each episode. Those who have not watched this show before can start watching a whole season right now. The first season of True Detective has started and finished last year. On the other hand, those who want to watch the second season of True Detective will be delighted to hear that their favorite TV show is back on TV. The good news is that even if you don’t have a TV or computer with access to HBO, you can still watch True Detective Season 2 and many other TV shows and movies trough popular streaming services, regardless of your location with the help of zoogvpn. Now let’s see what makes True Detective so special and learn where to watch True Detective with VPN.

What is True Detective?

In 2013, passionate TV show and movie fans had the opportunity to see the first season of several TV shows that were centered on serial killers. This is surely not something that is new, but nevertheless some of these shows became instant hits like Hannibal for example. The author of this TV show is relatively unknown – Nick Pizzolatto, which has written the screenplays for all eight episodes of the first season. Cary Joji Fukunaga directed each of these episodes. This is something that you can rarely find in modern TV shows, but when it happens it is a clear sign of success. What makes True Detective different is its concept. This is actually an anthology which means that the first season was one closed “entity” with its beginning and end and the second season as well as the rest of the seasons (that’s right there will be more than two seasons of this amazing TV show) will be followed by other characters and mysteries. This is a trend that was revived by another popular TV show – American Horror Story.

Recap of Season 1 Of True Detective

Now let’s refresh our memory by summarizing what was going on in the first season of True Detective. The story was focused on an investigation that lasted for 17 years. This was a case of ritual murder and the investigation started in 1995 and the story goes from 1995 to 2012 from time to time. The case appears to be closed and the two detectives (Woody Harrelson and Matthew McConaughey) are answering questions regarding this investigation. In addition to the information we get about the case, we also witness the ways in which this difficult case has influenced the lives of these detectives. No wonder this show is so popular- thankfully you can now view the latest using your zoogvpn.

What to Expect in Season 2

The first episode of the second season of True Detective was aired a few days ago. According to the first results, the new cast and new story have already caught the attention of millions of viewers. It is time to forget about Rustin Cohle and Martin “Marty” Hart because Ray Velcoro (Colin Farrell) and Frank Seymon (Vince Vaughn) are completely different. What is great is that this TV show is keeping the same name and distinctive dialogues, so it offers the same atmosphere we’ve seen in the first season. The second season of True Detective is featuring three different dysfunctional detectives (Colin Farrell, Rachel McAdams and Taylor Kitsch) and one villain – Vince Vaughn. Once again viewers will be able to enjoy in 8 episodes and judging by the first episode the loyal fans of this TV show won’t be disappointed. The premiere of season two was received very well by the critics.

In case you are located outside the United States chances are that you won’t be able to watch True Detective Season 2 at least not when the episodes are aired for the first time. If you want to avoid this unpleasant situation we suggest the use of ZoogVPN solution. This service provided by ZoogVPN will unblock any restricted content due to your current location, so you can watch True Detective on HBO Now outside US. You can easily switch your IP address and stay safe while surfing- now you know where to watch True Detective with VPN!