Why Should You Stop Using Botnet Style VPN? 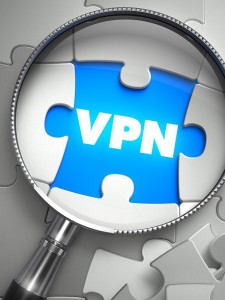 A botnet is a term used to describe a certain number of Internet computers that have been infected with a virus. This virus allows hackers to use computers of unsuspecting users as tools for forwarding viruses and malware to other computers on the Internet. Since the owners are not aware of this activity, their computers are considered to be robots or bots hence the name botnet. In addition, experts use the term zombie army too. Read on to learn why you should stop using botnet style VPN

In the recent period, an increased number of people are using the services of VPN providers in order to improve their privacy on the Internet or to access websites and services like Hulu, Netflix and other similar services that have geo restrictions. The Virtual private Network solution provided by VPN providers is able to mask the real IP address with another IP address that can be located anywhere in the world. There are few other benefits of using VPNs and that’s why people are looking for services like this.

Not All Are the Same: Reasons to Stop Using Botnet Style VPN

However, not all VPN service providers are the same. Apparently there are some of them that act as botnet style VPNs. The worst part is that most people had no clue that their computers were literally hijacked and turned into bots. Luckily, security experts have decided to test some of the most popular companies that work with VPNs and they have shared their results with the public. There were many free virtual private networks that were vulnerable to simple hacking attacks.

According to these experts, such services are not only dangerous for the users, but also for the Internet because they are slowing down the connection and raise the level of insecurity in people who want to use VPNs and the Internet in general.

What Are the Risks?

In case you are still wondering what is the problem we will give you a simple example. If you use botnet style VPN (which are typically free) you will be able to view any media that might be restricted in your country. Most of the websites and services that have such restrictions come from the United States. Whilst it is true that having the chance to bypass this protection is very valuable, it is also true that the risk is huge too. It appears that these botnet style VPN solutions transform your home or office computer into a node without asking. In other words, the network you are using can be used by anyone who wants to access the Internet. Worst case scenario, someone can perform certain illegal activity through your network and once the authorities start doing a research, every piece of evidence will point to your computer and network. This is how usually hackers work and this is something that is happening on a daily basis around the world. It is a situation that we all want to avoid. Some of these botnet style VPNs are not free and people pay for this type of service without knowing that their computers are compromised.

In addition, by using such VPN solution, hackers can enter your computer’s system. They will be able to take over programs, delete files, copy folders and plant rootkits. To put it simply, they can totally compromise your computer system. Even users that don’t have much knowledge in this field can easily locate these flaws. So, in case you are using a botnet style VPN stop right now, Uninstall every application that you might have installed and look for a reliable solution.

What Should You Choose Instead?

Professional VPN providers like ZoogVPN have years of experience in this field and their vouch for their services. If you are using a reliable VPN provider, you can rest assured that your activity is perfectly safe and that no one else (without your permission) will have access to your system and network. The basic purpose of using such service is to remain anonymous on the Internet and botnet style VPN provides the opposite – it increases your vulnerability while you are using the Internet.

By using a professional VPN provider you will get complete anonymity and access to Virtual private Networks that are safe and don’t affect the speed of your internet connection. ZoogVPN promises that your computer won’t be used as a bot by a third party.