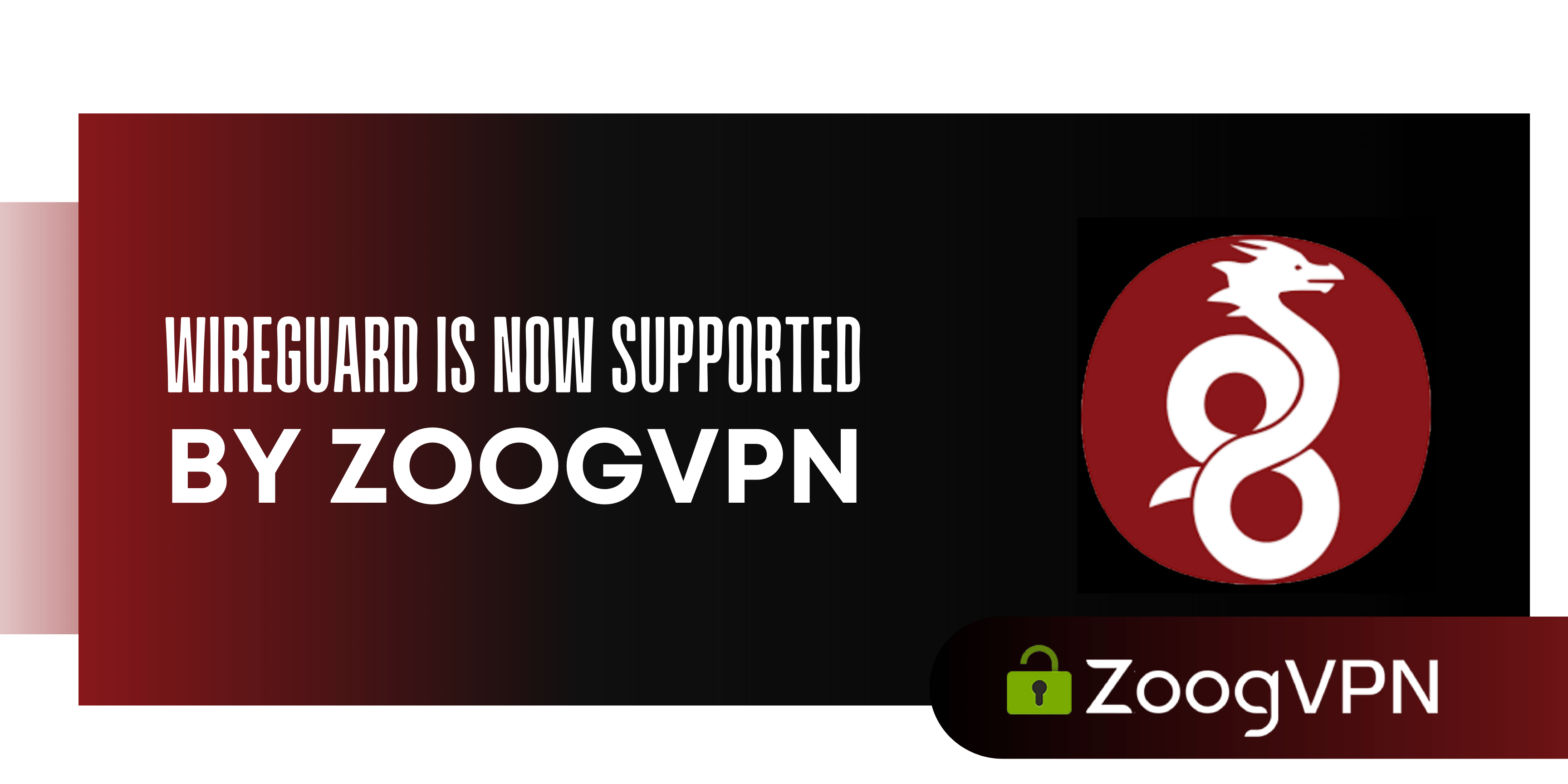 We are thrilled to announce that ZoogVPN now offers support for the WireGuard protocol in the ZoogVPN Windows app.

WireGuard is the latest and greatest in virtual privacy solutions, with an emphasis on great speeds and an easy-to-use approach. Having been tested for a few years by the community, WireGuard is now a must-have addition to any premium VPN service. The biggest selling point of WireGuard is its speed and the fact that it’s an open-source protocol, which means that average enthusiasts can fiddle with it. Beginning today, ZoogVPN implements WireGuard in the VPN for Windows app, so be sure to check it out.

The founder of WireGuard, Jason Donefield, found the regular IKEv2 and OpenVPN to be too bulky with too much code and hard to setup on one’s own, so he sought out to create something more simplistic yet effective, and without a doubt, he did not come short. He created a truly stealthy protocol that won’t be seen running on a machine and can go silent when there is no exchange of data happening.

How does WireGuard compare to other VPN protocols?

Multiple test results show WireGuard’s superior speeds in comparison with OpenVPN and even IKEv2. The UDP protocol WireGuard utilizes is the best choice if you’re in need of improved speeds. Wireguard achieves instant connection, unlike OpenVPN and L2TP/IPSec. Where it falls short in terms of security, it prevails in terms of raw speed and ease-of-setup. It is agile and can be easily connected, reconnected – way faster than its competitors. Unfortunately, WireGuard does not have an obfuscation support, so it won’t work properly in heavily censored countries like China, where obfuscation is a must-have.

The main downside of WireGuard is the lack of out-of-the-box support for Windows, as it is primarily Linux-oriented. However, this downside is easily negated if you’re using a third-party VPN service like ZoogVPN with a support of WireGuard.

What are the use cases of WireGuard protocol?

VPN protocols have come a long way since the PPTP, L2TP and other old-timers. WireGuard is the best option for those who hate staring at the loading screen of a page or a circling arrow on a YouTube video. Due to its streamlined design, the data transfer happens very fast, so if you need a solution for a streaming service or a multiplayer game, WireGuard is as good as it gets.

WireGuard is a great choice for an average user, providing outstanding performance and bandwidth, powerful encryption, and constant updates and it is easy to use and set up.

ZoogVPN is the best affordable all-in-one solution when it comes to securing your personal data and bypassing geoblocking to maximize your web experience. Make no mistake, there are no compromises and you get the best bang for the buck and all the bells and whistles you would expect from a premium VPN service. In case you have any doubts, you can try our free plan with 10GB of bandwidth and 5 locations around the world, no credit card necessary. Join us today!