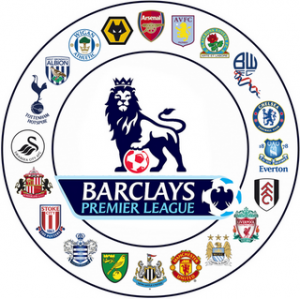 The English Premier League has started about three months ago, but it looks like the excitement is increasing with each round. There are some disappointments and unexpected results from clubs that were considered to be one of the favorites for the title like Chelsea for instance. On the other hand, there are several clubs that are close to the top of the table including Leicester City which is a great surprise. There is still time for the rest of the clubs too because the season ends on May 15, 2016. Don’t forget that there is a winter transfer period where many clubs will strengthen their teams with new names.

People who can’t be physically present on the stadiums can always watch the matches on TV or on the Internet. There are several channels that are broadcasting these matches including NBC Sports. The only downside is that all of them have geo-restriction mechanisms that don’t allow people from countries that are not on their list to watch the matches. The good news is that these restrictions can be bypassed with the help of VPN. If you are currently not in some of the listed countries simply use a reliable VPN service provider like ZoogVPN and your problems will be solved.

As we said before, there is no doubt that the feeling that people have when they are watching the games on the stadiums is unforgettable. However, it can be almost equally exciting to watch these games online too. There are few different ways in which you do this. First of all, you can use the live streaming feature on broadcast channels. Furthermore, you can use your club’s TV channel and finally, you can use some free streaming services. This makes the viewing experience much easier, but each of these options has some downsides. Free streaming services often crash and they show commercials all the time. On the other hand, the club’s TV channel or the streaming services of broadcasters usually have geo-restrictions.

NBC Sports broadcasts matches in the United States. Sky TV has the rights for broadcasting in New Zealand and Sky Sports has the same right for the United Kingdom. What is interesting to mention is that there is a special TV show covering Premier League matches that goes on BBC which is equally popular as the live matches.

BBC Sport – Match of the Day or MOTD is the main football TV programme on BBC. It is usually aired on Saturday in the evening while during EPL season. The main point of this show is to provide the highlights or the best moments from all the matches that took place that day in the English Premier League. This is also one of the shows that is aired for the longest period of time on BBC – more than 50 years. Another thing that makes this programme special is the host. It is always presented by popular football player or commentators and Gary Lineker has the honor to present Match of the Day this seasons just like in the past 15 years. He also has few expert colleagues that help him with this task. The BBC has the exclusive rights to show highlights from the Barclays Premier League starting from 2012 and they have recently extended this contract with the FA until 2019. According to some statistics, this is one of the most popular football TV shows in the world. It comes with a special theme music, guests and features and there are many TV shows that are related to Match of the Day because of its success. Just like in the case of other Premier League related media content; this show is geo-restricted. In order to solve this issue it is best to use a VPN service.

How to watch Barclays Premier League Online with VPN

In order to do this, you will have to use a good VPN service. ZoogVPN has already helped hundreds of people avoid these restrictions and watch their favorite Barclays Premier League clubs in action. All you need to do is to sign up and after a few clicks you can enjoy the best football league in the world.