Movies and TV shows on Hulu in August & September 2015 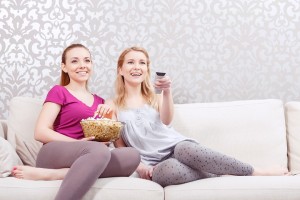 Hulu is one of the most popular video streaming services today. It started as a mutual project of NBC Universal and News Corp. One of the things that make Hulu so popular is the fact that people can watch hundreds of popular movies and entire seasons of some of the most attractive TV shows. Every month, the content on this service is refreshed and that’s why we have created a list of TV shows and movies that will be available on Hulu this August and September. Before we proceed with the details it is worth mentioning that Hulu is serving only US residents. But, if you are out of United States and you still want to enjoy the content of this great streaming service you can do this with the help of a good VPN service provider like zoogvpn. ZoogVPN will modify your IP address and make it look like you are using an American IP address. In this way you will solve the limitation and watch anything you want on Hulu and other geo-limited services/websites. Using a VPN allows you private access to watch TV shows on Hulu in August.

The Hotwives of Las Vegas

After the initial success of the first season, Hulu has decided to go with a second season that will be premiered on August 18th. The Hotwives of Las Vegas is a Real Wives spin off. The new season will bring a different setting – the story will develop in Las Vegas instead of Orlando and there is a completely new cast. Be prepared for many interesting and shocking moments. This is sure to be one of the hottest TV shows on Hulu in August.

Although the series premiere took place on August 5th, it is never too late to start watching this dramedy. Difficult People is considered to be one of the smartest TV shows made by Hulu and it really refreshed this genre. The story revolves around two characters that belong to the so-called Y generation (30+ years old) who work in New York City as comic writers.

It looks like the popularity of animated series has not decreased and every season we see some new animated TV show. The truth is that only a small percentage of these TV shows are successful and Hulu hopes that Mr. Pickles will be one of those shows. It will be premiered on 21st August. Mr. Pickles tries to mock the culture of people who live in small towns in the United States in a very interesting and unusual way. The content is definitely inappropriate for children.

Season 9 of Doctor Who will start this September. So, before we continue following the adventures of this popular Doctor, we can also remind ourselves what happened in the previous season. Hulu has started showing Doctor Who Season 8 from August 8th.

If you are interested in documentaries, then you surely won’t be disappointed by The Big Fix. The truth is that this movie is not brand new (It’s from 2012), but the content is still interesting. The documentary is focused on the 2010 British Petroleum oil spill off near Louisiana. The authors have done a thorough research about the causes of this accident and the consequences to the nature in this area.

It seems that Woody Allen fans will get what they need this August and September. This movie explains the way how sex and love works in a very funny way. It has many interesting sketches and the conversation between the characters contains some legendary lines.

A Bridge Too Far

This is another classic that will be aired on Hulu soon, but this time the topic is more serious. This movie belongs to the drama, history and war genre and talks about the destiny of the English and American soldiers during the World War II. Dirk Bogarde, Sean Connery and Gene Hackman are some of the famous names that you can see in this movie.