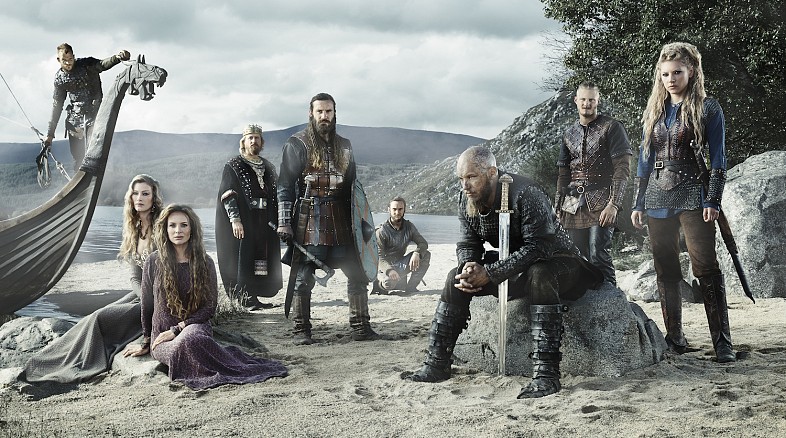 Ready to Watch Vikings Season 4 Free Online Outside US?

The Vikings were a group of seafarers and raiders that lived in North Europe. They were known for their bravery and interesting traditions. The interest in this part of European history is growing in the recent period and this is the reason why many companies involved in the entertainment industry have decided to come up with movies and TV shows based on this subject. One of the TV shows that were accepted exceptionally well by the audience is Vikings. A few weeks from now, the fourth season of this show will be released on the History Channel. The good news is you can watch Vikings Season 4 Free Online Outside US.

What is Vikings all about?

Vikings is a historical TV drama created by Michael Hirst. It was premiered about 3 years ago in the United States and Canada. Most of the episodes were filmed in Ireland. This TV show is inspired by the tales of raids, trades and exploration of the people who lived in North Europe (Scandinavia) in the early medieval ages. The story revolves around the legendary leader of the Vikings known as Ragnar Lothbrok and his loyal crew and family. There was a special saga for this hero that dates back from the 13th century which served as an inspiration for the author. In addition, Ragnar Lothbrok was mentioned in few other sources that date back between 13th and 16th century.

Truth to be told, Nordic legendary tales and stories were partially fictive and based on their interesting mythology. We should not forget the fact that the stories were written a few hundred years later thanks to the verbal tradition of storytelling in Scandinavia. The TV show is focused on the earliest period of the so-called Viking Era. This was the time when Ragnar Lothbrok decided to take his men (and women because there were female Viking warriors too) and make raids in Great Britain. Later, these Vikings were able to defeat many seemingly strong armies around Europe.

One of the things that make this show special is the cast. It look like all the actors feel comfortable in their roles and the audience has recognized this fact. Travis Fimmel is excellent in his role of Ragnar Lothbrok. Then there is Lagertha played by Katheryn Winnick as his first wife. Clive Standen is in the role of Rolo, Ragnar’s brother and Gustaf Skarsgard as Floki is another very interesting character.

The first three seasons were very exciting and viewers had the chance to learn more about the culture of Vikings and their first expeditions in the United Kingdom. The last season was focused on the friendship between Ragnar and the British priest and the raid on Paris. According to many sources the fourth season will be equally interesting.

What can we expect in the 4th season?

Fans of Vikings will be glad to hear that there will be 16 instead of 10 episodes in the 4th season. The authors still don’t want to confirm whether this will be the last season. Another thing that we can expect is increased number of cast members with exciting new characters. For instance, one of those new characters will be King Harald Finehair who will challenge the authority of Ragnar. He will be accompanied by his brother Halfdan the Black. In addition, we will see a character that comes from a land that is far away from this part of Europe. Yidi will be an original Chinese character played by Dianne Doan. The 4th season will bring back some characters too. For instance, Harbard the Wanderer will show us more magic tricks. What is good to know is that the fourth season will start a little bit later from where the third season has finished.

If you want to learn more about this latest season, you can watch the official trailer.

Where to watch Vikings Season 4 Free Online Outside US?

The good news is that everyone can watch the 4th season online for free on history.com website. However, the service is only available if you are in the United States. If you are outside US you can use a simple solution of VPN service like ZoogVPN which allows access to US based websites from any country in the world. It’s quick and easy to get started.

Step 1 # Get a zoogvpn subscription.

Step 3 # Connect to a US Server, visit http://history.com/shows/vikings and navigate to Free Full Episodes to enjoy the latest season for free.

So, when the season premiere is aired on February 18th 2016 you can watch it free online with zoogvpn. Meanwhile, you can refresh your memory by watching full season 3 for free on history.com.