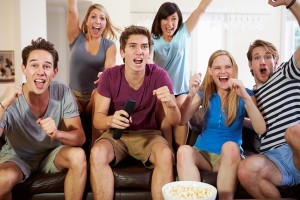 The Premier League is one of the most popular football leagues in the world. Of course, this is also the primary football competition in England. Officially known as Barclays Premier League, this competition consists of 20 football clubs who compete with each other in a period of nine months.

This year we will follow the 24th season of the Premier League. The season started in 8 August 2015 and it will last until 15 May 2016 when we will know who will be the next champion and which teams will have to leave the league due to relegation. According to many experts, the English Premier League is the strongest football league in the world, so it is no surprise why millions of people from around the world are following this league.

Fans of the Premier League can watch this exciting competition online on NBC Sports outside of US anywhere in the world, but only with the help of zoogvpn.

How Did the Last Season End?

Chelsea has once again won the title and they did this few rounds before the end of the last season. Besides Chelsea, there will be three other team that will compete in the Champions League this season – Manchester City who ended on the 2nd place, Arsenal on the 3d and Manchester United on the 4th. Hull City, Burnley and Queens park Rangers were relegated to the Football League Championship.

How to watch Premier League football matches on NBC Sports outside the US?

One of the best ways to witness all the action of the Premier League is to watch the matches on NBC Sports. This channel is providing access to all matches and you can watch your favorite teams in their race to the title.

However, NBC Sports is a service that is not available out of the US regions. Those who are outside the United States will only get a message saying that the program is not available in their country.

The good news is that, with the help of ZoogVPN offer, you can enjoy top football matches broadcasted by NBC Sports on any device (TV, Computer, Mobile Device) and from any place in the world.

Of course, you will need to perform a simple procedure before you will be able to do this.

First of all, you will need to create a VPN account on zoogvpn. After that, you will need to download the special application created by ZoogVPN for your device. There are apps that work on different operating systems like Windows, iOS and Android. Once you open your app, you will need to enter the username and password, select a US server from the list and hit the connect button. This is everything you need in order to mask your current IP address and get a new one from the United States. In this way you will successfully bypass the geo-restriction imposed by NBC Sports and enjoy their program whenever you want. Don’t forget that this service provides many other sports events that are worth watching even if you are not a great fat of other sports.

This season started with three new teams who will do anything they can to stay in the elite. Watford, Bournemouth (first time in the Premier League) and Norwich City are now part of the Premier League. The teams that will aim for the title are the same as every year – Manchester City and Manchester United and Arsenal and Chelsea. The new football players that they have promise excellent football and excitement. Chelsea has also managed to sign a new deal with their manager Mourinho which will surely improve the mood in this team.

What is interesting about this season is that many players who have played in the Premier League for years will not be part of the league. Frank Lampard, Steven Gereard, Didier Drogba are some of the players that true football fans will miss. This is a great time to watch Premier League Football matches on NBC Sports even if you are outside the US- you can use a VPN service!

It is also worth mentioning that Manchester United and Liverpool were the two clubs who have spent much more than the rest of the clubs in order to get new players.

The first round is finished and by looking at the results we can tell that it is going to be a great season.

Use ZoogVPN and watch Premier League football outside US!