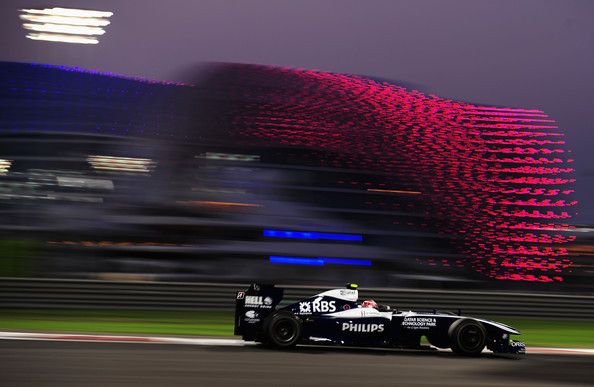 This F1 season is slowly coming to an end. On November 29th, we will witness the last race of this season on the exciting Yas Marina circuit in Abu Dhabi, UAE. The Abu Dhabi F1 Grand Prix will determine the final positions of all drivers. As you probably know BBC together with Sky Sports have the exclusive rights to broadcast this event. Those who want to use the Internet to watch the Abu Dhabi F1 Grand Prix can use the BBC iPlayer service. Of course, this service is available only in the UK, so if you want to use it outside the UK, you should use the help of ZoogVPN service.

A Guide To Abu Dhabi Grand Prix and Yas Marina Circuit The Abu Dhabi Grand Prix is one of the most popular F1 races. It was founded in 2007 and it was included in the Formula One calendar in 2009. The Gran Prix takes place in Yas Marina complex. Yas Marina circuit is one of the most complex racing circuits in the world. If we take a close look at the way this circuit looks we will notice that this is a circuit like no other. For instance, when the drivers leave the pit stop area, they actually drive under the circuit. In addition, there are few other interesting things about this circuit like the boxes with HVAC systems and the exclusive lighting which is more powerful than any other sports venue in the world.

Yas Marina circuit is 5.554 km long and it was finished right before the first Abu Dhabi Grand Prix in 2009. This 2015 will be the fourth time as Yas Marina is used for the season’s finale. The circuit is situated on a completely artificial island in the east part of Abu Dhabi. It was designed by the famous architect Hermann Tilke. This architect has designed 7 others F1 circuits. Yas Marina circuit covers an area of 400 hectares and it is located in the center of the marina.

Those who are familiar with Tilke’s work will notice that there are three sectors in Yas Marina circuit, just like all other circuits designed by Tilke. There are two directions with DRS zones where drivers can reach speeds above 300 km/h and the circuit ends with a narrow and seemingly curvy part which is located just under the Viceroy hotel.

There is a total of 21 curves in this circuit which are usually suitable for slow and medium speed. The asphalt used in this circuit is a little bit dusty and slippery in the beginning, but after a few training laps, you will notice tire parts on the ground.

When it comes to the drivers and teams, it is good to mention that Sebastian Vettel was the first F1 driver who won the Abu Dhabi Grand Prix in 2009. He is also the driver with most wins on this circuit – 3, followed by Lewis Hamilton with 2 and Kimi Raikkonen with one win. Of course, Red Bull-Renault is the most successful team since Sebastian Vettel is part of this team. Lewis Hamilton won the last race and according to many experts he is the favorite in this year’s race too.

Of course, Lewis Hamilton has already been crowned the champion for this 2015, but this won’t make the race less attractive because the other positions are not secured and on top of that, there is a great rivalry between drivers and we are sure that they will do everything they can to show their best performance.

Although many believe that this Grand Prix will be won by Lewis Hamilton, many F1 enthusiasts believe that there is equal chance that Nico Rosberg will win this race. He has won the last two races and he will surely want to finish this season with another win. We should not forget Sebastian Vettel, Kimi Raikkonen and Valtteri Bottas who will surely look for their chance to impress the fans and earn more points for their team.

If you are in the UK, you will only need to turn on your iPlayer, but if you are outside the UK you will need to find a way to bypass the location filter. ZoogVPN provides excellent VPN services that bypass these restrictions.